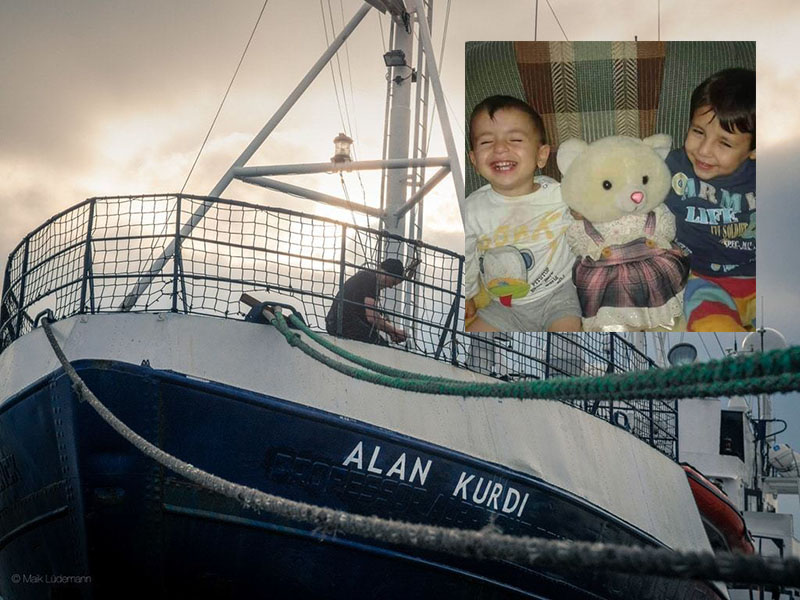 A RESCUE boat has been named after a three-year-old Syrian boy who drowned, along with his brother and mother, while attempting to cross the Aegean.

The father and aunt of Alan Kurdi attended a special ceremony in Palma on Sunday, and played a major part in the christening of the German non-profit Sea-Eye ship.

Alan drowned in September 2015 along with his brother Ghalib, mother Rehanna, and eight other people.

A photograph of Alan’s lifeless body washed up on a Turkish beach brought the plight of Syrian refugees home to people across the world.

The Spanish Embassy in Ankara gave him permission and a visa to enable him to be present.

He said: “This day is very difficult for me as I have many memories again. But I want to support Sea-Eye. I am grateful that they have chosen the name of my boy. They are people with a good heart in this organization, so the name of my boy stands for something good and his little soul can find peace. “

He added: “My boy on the beach must never be forgotten. Our grief for the loss of my wife and sons is shared by many, by thousands of families who have so tragically lost sons and daughters this way.”

The Social Affairs Minister of the Balearic Islands, Fina Santiago, gave a speech and Sea-Eye for ‘the important, humanitarian work and the moving ceremony’.

She added that ‘the Balearic Government supports the humanitarian work of Sea-Eye and is in solidarity with the rescuers and especially those affected’.
Representatives of the Muslim community of Spain and the Balearic Islands also declared their support, before Bishop Sebastian Taltavull Anglada blessed the vessel.

The ship is set to leave in the next few days to keep watch over the central Mediterranean with the support of a professional rescue team of the Spanish aid organisation, Proem Aid.