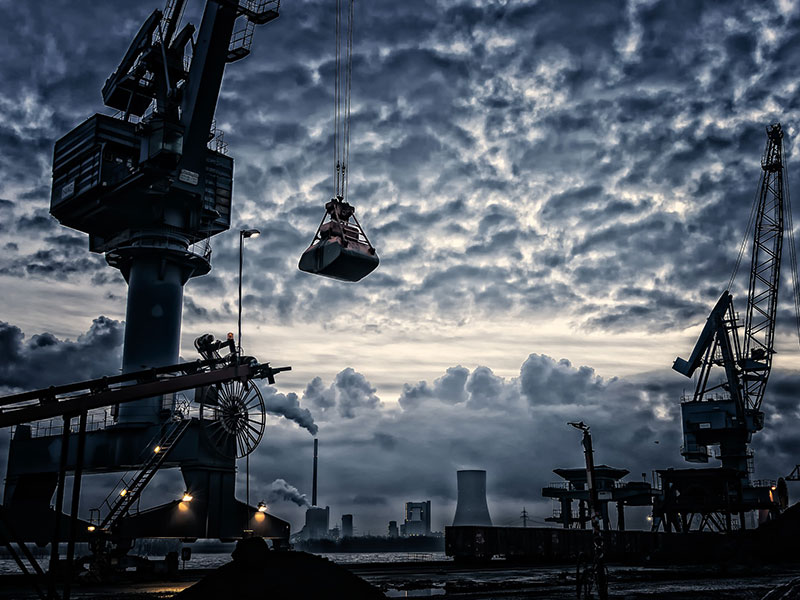 AS economists predict a global economic crash in 2020, other issues are bubbling under the surface that could affect Europe in the near future. Britain’s possible no-deal Brexit could work to destabilise an otherwise steadfast currency.

The slump in China could have unforetold ramifications around the world but one of the major issues that seems to be rearing its ugly head more and more frequently is the looming trade war between the USA and China.

Both are titans of manufacturing and have flirted with possible tariff hikes since Donald Trump took oath but could a trade war between the superpowers of west and east lead to destabilization across Europe?

All out trade war looms?

Evidence that the trade war could affect Europe comes at the news that Taiwan’s economists have placed the country under concern for both a trade war between the powers and Trump’s “America first” policy.

The Business Climate Survey produced by the American Chamber of Commerce in Taipei revealed that Taiwan’s economy could be at risk. Indeed, the trade war between the US and China which began in 2018 over the US’s protectionist policies wouldn’t be the first to rock the entire global financial ecosystem.

The US was aware of how much manufacturing is imported from China and the protectionist policies are President Trump’s attempts to appease some of his staunchest critics while also providing the boost back into those in the agriculture and manufacturing sectors that formed part of his base of support all the way back in 2016. However, the 400 point drop on the Dow Jones shows that perhaps there is more to be worried about. The Dow Jones is a good standardization of world economies as it tracks the performance of the biggest companies in the USA.

Mid-January setbacks in the trade talks between China and the USA spell trouble for Europe, as some economists predict that Trump could target there next. Reports of Trump’s refusal to allow Chinese ambassadors to try to move on from the plateaued talks caused the Dow Jones to plummet 2 per cent.

The US produced a series of demands for trade with the EU, which include duty-free access for industrial goods and no tariffs, while also gaining access to the EU for US agriculture. The EU responded, claiming that it could discuss industrial goods, including auto parts, but that agriculture was off the table.

Discussions abounded when Trump wanted tariffs for ‘national security reasons’ on auto imports from Europe – but the rural base of Trump’s supporters may be further disappointed with the EU’s holding position.

The base has already been dented by ongoing issues with China. The EU understands how strong its farm sector is – and to go up against them by opening the doors for US agriculture would spell more trouble than any deal would be worth.

The looming trade war between the US and China is constantly a blip on the horizon and one that should be dealt with sooner to protect not just the countries involved, but the entirety of Europe and – in a chain reaction – the rest of the world.