Not just another Dizzy blonde 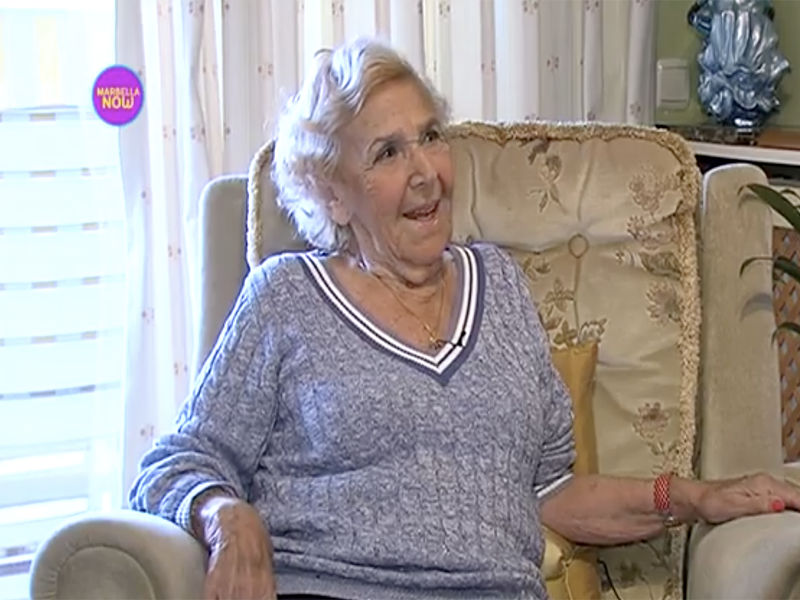 CHARMING AND FASCINATING: AT 87 years old Dizzy keeps busy with her love for sculpture.

17 years ago, at the tender age of 70, Dizzy Bishop joined a sculpture class. She didn’t want to be bored in “retirement”.

Now, at the hearty age of 87 she says there are not enough hours in the day!

I visited Dizzy at her home to see her sculptures and I was instantly fascinated and charmed and not just by her work – what a woman! From the moment we sat down I felt like I was in the presence of one of Hollywood’s silver screen legends; such elegance, such poise and such character!

Originally from London, Dizzy is the eldest of five children. She thinks back to her younger days and recalls herself as a noisy, voluble and very happy child. She hasn’t changed much.

She joyously recounted how she met the love of her life and how he proposed to her just eight days later.  They’ve now been married for 65 years this year with children coming up to retirement age. She laughs to herself at that; who wouldn’t!? One would think that ten grandchildren and a very close family would be enough to keep her busy; communicating with them daily at least by email every night, but that’s not the half of it!

When she realised she was going to be living in Marbella she fancied doing something new and she chose sculpture. She enrolled in a class and faced her first lump of clay. No guidance was given as to what to make but the minute she touched the clay she was in love again and another solid relationship was born.

After nearly two decades many of her works adorn the home, mostly dancers and ballerinas, another of Dizzy’s passions and areas of prowess. She started ballet at the age of 3 and still has a ballet bar on the balcony for her exercise routines to-date! A hoola hoop is also good for the waistline she adds…

This woman is always on the go. Dizzy gets up around 6.30 am and for the past eight years visits Aspandem on a Monday to assist with the children, whether it be to help them eat or to take them for walks in their chairs which she says they find so rewarding; as does Dizzy.

Twice a week on Tuesdays and Thursdays she disappears for her 2 and half hours of sculpture class. She couldn’t say how long each piece takes to make, as when she’s creating she’s so in the moment time just isn’t an issue!

Husband Morris does all the engineering for her creations, which are often quite “acrobatic” plus they both belong to the Telegraph puzzle club and do really hard crosswords together every day. They are both so physically, mentally and emotionally “together” that it puts us “mere mortals” to shame!

Dizzy also makes decorated eggs, which she lines with silks and embellishes with Swarovski crystals, her great-great grandmothers pearls and delicate flowers, which take about two and a half hours each to create: petal by petal, leaf by leaf. Dizzy has sold over 160 just of these, which have now travelled all over the world so I think it’s safe to say: on no level is this lady bored with retirement nor just another dizzy blonde!