The way we ware – So many wares, so little time, laments Terence Kennedy 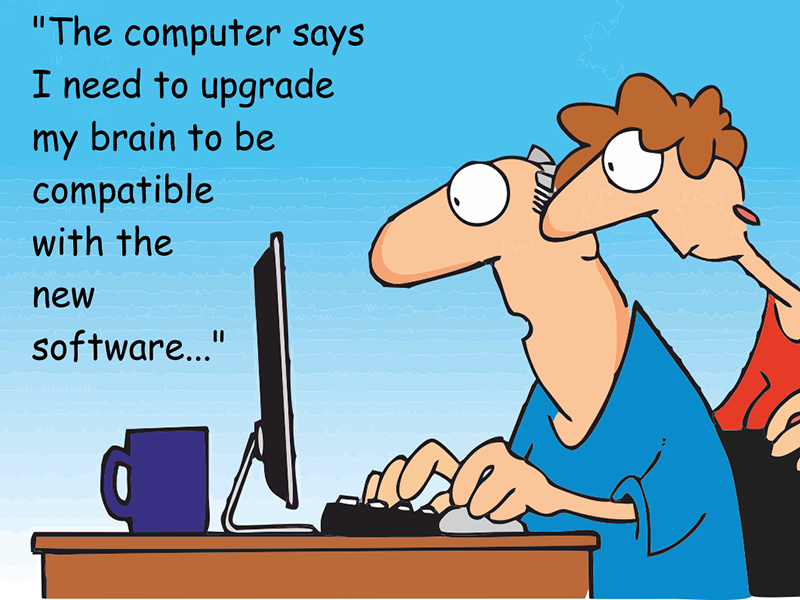 FROM software to malware to adware to freeware: it’s wearing keeping up with the wares in the techno world.

Hardware used to be the DIY tools everyone but me could use with ease. Now it’s the lumps of plastic and metal the average westerner spends 5.9 hours a day using with digital media.

We all know it’s software that makes the hardware work. But ‘all the wares’ in today’s IT slang can denote anything ranging from shareware (from developers hoping to shame you into paying) to vapourware (announced prematurely as The Next Big Thing but still just a twinkle on a developer’s screen).

There’s malware which can do terrible things to your computer and your bank balance if you pay the ransom, to freeware which is exactly what it says on the tin, to the dubiously-named crapware: all that rubbish software pre-loaded on your new computer and which you will never, ever use, what were they thinking?

Adware lets you use the program or app in return (they hope) for glancing occasionally at the pop-up ads littering the interface.

Groupware is software that lets you share stuff, from documents to collaborative materials. Spyware lurks on your phone or computer and ‘phones home’ your habits to the bad guys, somewhere.

Courseware is that wonderful educational stuff we used to have to stay awake through the night to watch on Open University, but which can now teach us things at a time and place of our choosing.

At its best (as in a MOOC, or a Massive Open Online Course), courseware lets us learn things we could never have dreamed of studying pre-internet. At worst its originators will take your money, teach you next to nothing and then send you a diploma from the University of Bombay Railway Station.

Firmware is what drives your hardware, and feeware is a geeky term for commercial software. For junkware see bloatware see crapware, while fatware is bigger than it needs to be. And for Turing’s sake is there no way to turn off those constant ‘Upgrade Now!’ pop-ups in nagware?

Pushware turns up on your device when you wanted to download something else. Obnoxiousware is just getting silly now. Scumware definitely doesn’t remove stains from the bath. Nor does spamware promote processed meat.

Ultimately the most dangerous ware of all is humanware (yes it really is a term). Powered by wetware (the brain and nervous system), it’s also known disparagingly as liveware or warmware or even just meatware. Though where does that leave a vegetarian programmer?

CHANGE just one innocent letter in all the wares and it becomes a far darker affair entirely.

Pirate a paid office suite, a movie or an MP3 and you’ve joined the renegade warez community.

Warez are downloaded at your peril, perhaps freighted with hidden, malicious coding which can wreak havoc on your device. The most-pirated software on warez sites these days is Windows in its various flavours, Microsoft Office, Adobe Photoshop and with no sense of irony at all, antivirus programs.

But as the warez industry gets squeezed, the good news is that ‘only’ 37 per cent of the software installed on our computers worldwide is now illegal. Guilty as charged m’lud?