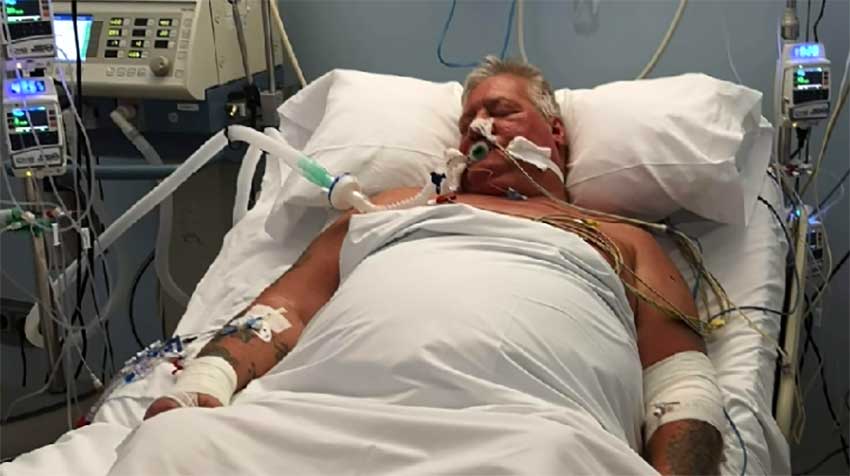 A DAUGHTER has made a desperate online plea for help to fly her seriously ill father home from a hospital in Benidorm.
Keith Arrowsmith, of Wrexham, is still in hospital after suffering a lung infection while on holiday on the Costa Blanca at Christmas.
Mr Arrowsmith was due to fly back to the UK on January 8 but was taken ill the day before and was placed in an induced coma in intensive care and his family were told “to prepare for the worst.”
And now his daughter, Donna Arrowsmith, has launched an online fundraising campaign to raise £15,000 to get him home to continue his care.
She said of her father: “He had a serious lung infection, low oxygen levels and carbon dioxide in his blood. My dad was in a coma for nearly four weeks which has led to muscle wastage and he cannot move or walk and still remains on a ventilator in his neck and still in the intensive care unit.
Donna explained: “Due to a slight mistake with insurance they have refused to pay out and doctors have said to get the ball rolling to try and get him home.
“But he needs to be flown with a medic as he’s still on a ventilator and needs to be transferred to a hospital back home.
“The Spanish government won’t fund his treatment much longer as he’s not a Spanish resident.
“My dad is getting really depressed being away from home and away from his kids and six grandkids, and we haven’t seen him for nearly nine weeks now.
She added: “Please help bring my dad home.”
To donate to the Go Fund Me page click here.
In a day the fund has raised £670 of the £15,000 goal.
Gareth Hughes said: “I donated because you never know when this might happen to you.”
And Sarah Williams explained: “Donated off me and my mum wishing you all the luck getting him back safe and sound.”