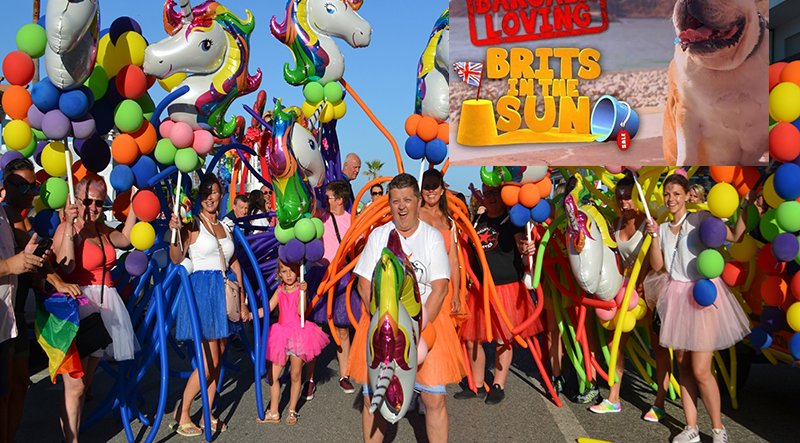 Airing at 8pm UK time, the programme follows a host of Britons who have moved to the sun in search of a new life.

This week, audiences will meet a whole cast of new characters, including bar owner Cath John, of Bridgend, in South Wales.

Cath resigned her career as a qualified butcher to head up a bar in the sun.

The business-owner began organising bachelor parties after customers started becoming thin on the ground, and she has now become the queen party of the Costa del Sol. As a butcher Cath worked with chickens every day and she now works with hens every night.

Viewers join Cath as she prepares the bar for the arrival of 14 hens from Northern Ireland, who will be getting to a night of cocktail-making classes, bar games and karaoke alongside cocktail master Sean from Liverpool.

Also on this week’s episode, 34-year-old bar owner Christian Dunn and his friend, Many Quinn, try to bring Pride to a small Spanish town with just 16,000 inhabitants. The pair need to raise €18,000 to put on the weekend-long party, and when viewers join them, two weeks away from the event, they are still €4,000 short of their target.

Christian is worried but determined to raise the cash somehow. We follow them as they organise a big fundraising night, but disaster strikes when the performers’ outfits arrive, and they are seven sizes too big. Can Christian save the day? Will they hit their target for the event?

Finally this episode, audiences visit Cabopino campsite comrades Roger and Graham, who are trying to move a large mobile home to a new pitch 100 meters away. According to Graham: “There’s not a lot that can go wrong.” However, everything that can possibly go wrong then does so, with hilarious results. After cameras pick up the sound of a large crash, Graham says: “the worst thing that could have happened, did happen.”  Has their move ended in disaster?