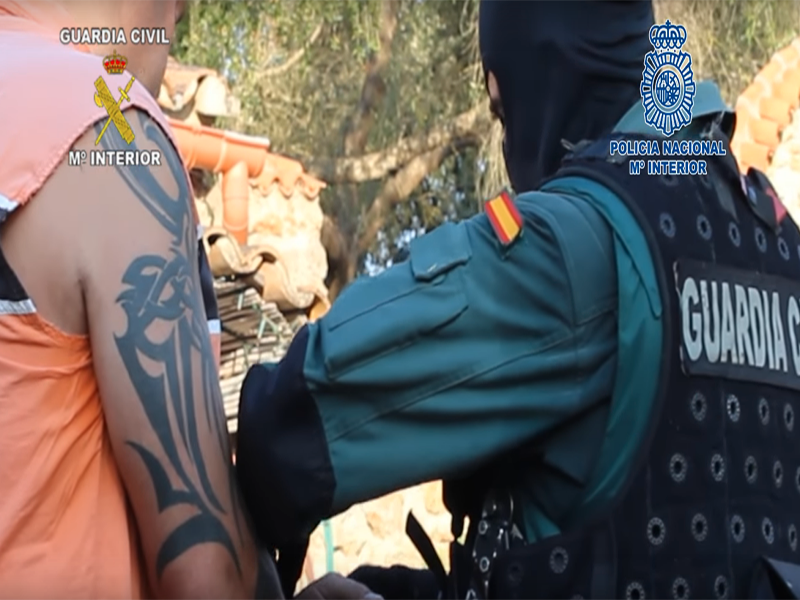 FIVE years after the Mallorca chapter of the Hells Angels was shut down, 46 alleged members are set to be tried and are facing a combined 300 years in prison.
The suspects were arrested in connection with 16 crimes which include drug trafficking, prostitution, threats, bribery, possession of weapons, money laundering and extortion in S’Arenal and Palma.
And among the defendants are two local police officers and a Guardia Civil sergeant from Palma, who face between five and seven years each for criminal involvement and bribery.
The National Police dismantled the ‘powerful criminal gang’ at the end of July 2013 in the so-called ‘Operation Casablanca’, in collaboration with the Guardia Civil.
Investigations have been ongoing and the magistrate of the Central Court of Instruction, 6, of the National Court, has now announced all 46 will be brought to trial at the Criminal Chamber.
At the recent hearing, an order was made for the ‘precautionary seizure of assets, both real estate and vehicles’, together with documents and money.
The magistrate also set civil liability bonds of more than €4 million for several of the money laundering suspects.
The alleged European leader of the organisation, German Frank Hanebuth, could face 13 years in prison for criminal organisation, threats, money laundering and illegal possession of weapons.
His two suspected ‘lieutenants’, the Youssafi brothers, Khalil, considered the vice president of the chapter of the biker gang in Mallorca, who could get 38 and a half years in prison for a string of crimes.
Abdelghani, believed to have acted as treasurer, faces 33 and a half years.
The gang reportedly settled on the island because of its location, the existence of alternative businesses, and the possibility of money laundering and drug trafficking.