What have the gays ever done for us? 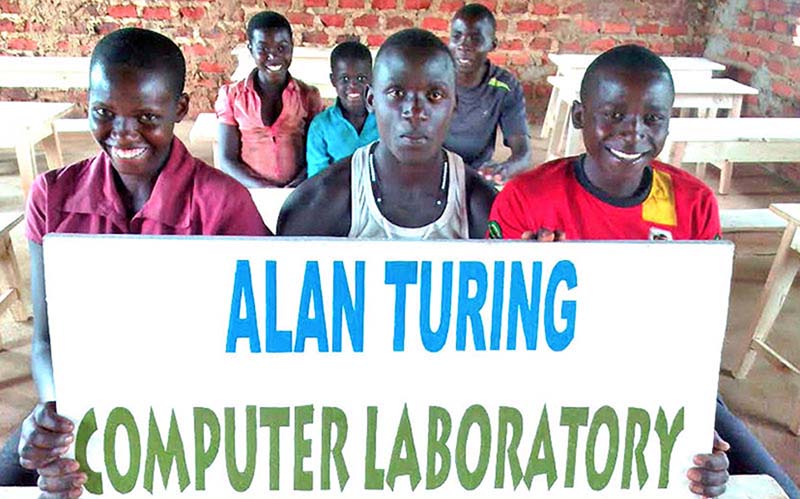 ALAN TURING: Recognised as a humanist in Uganda.

I HAVE no idea who Otto T Goat Jr is, or where this Christian lives, but he certainly got my dander up when he recently posted an offensive remark on my Freethinker website. He wrote ‘homosexuality doesn’t serve any necessary or desirable purpose. We discourage behaviour that spreads disease.’

He was commenting on a piece I posted about British sexologist, Havelock Ellis (1859 – 1939) whose research was decades ahead of his time. For example, in his 1897 book Sexual Inversion he wrote that same-sex desires were just a natural expression of the sexual instinct and that homosexuality was a common biological manifestation in human beings and animals alike.

In responding to Goat, I suggested that at least one benefit of homosexuality may be to limit population growth. I cited a 2010 Huffington Post report which pointed out that the natural world was on the brink of demise largely because of over-population, and it asked: ‘Why shouldn’t homosexuality be seen as providing a viable option to over-population?’

I could have gone on to demonstrate that throughout history gays have made enormous contributions to the betterment of humanity in a variety of fields, but I knew that would be pointless because one cannot engage intelligently with blinkered fools whose brains have been turned to oatmeal by religion.

Coincidentally, in the same week, I was delighted to learn that a gay man who played a key role in bringing an early end to World War II – Alan Turing – is about to be recognised at a humanist secondary school in Kanunga, Uganda.

The school – which excludes all religion from its curriculum and encourages critical thinking among its pupils – is currently being helped by the US-based Brighter Brains Institute to raise money for an Alan Turing science laboratory.

I assume that most readers will be aware that Turing, an atheist, was the British scientist who, during the Second World War, cracked the German Enigma codes. His work is widely believed to have led to the war ending earlier than expected. But, far from thanking him for his invaluable contribution, the British authorities persecuted him for being gay. He was convicted of ‘gross indecency’ and committed suicide in 1954.

The man behind the scheme to promote freethinking among Ugandan school kids is Robert Magara, Executive Director at Kanungu Humanist Association, who ditched his Christian faith after reading Professor Dawkins’ The God Delusion.

Uganda, like many other African countries, is infested with foreign Christian missionaries, and needs many more people like Magara to spread the message that progress can never be accomplished by promoting superstition, which serves only to fracture societies and engender intolerance.

It was only recently that Uganda was contemplating introducing the death penalty for homosexuality, and I wrote a piece about a British evangelist from St Neots who had travelled to the country to support a proposed ‘Kill the Gays’ Bill. Paul Shinners flatly denied having been involved in a Christian rally supporting the bill, and threatened to sue me for causing his Cornerstone Cafe to close due to demonstrations that followed my expose.

He went very quiet when a video surfaced showing him addressing the rally – and one can only hope that he keeps his hateful mouth shut from now on.

*Barry Duke’s opinions are his own and are not necessarily representative of those of the publishers, advertisers or sponsors.