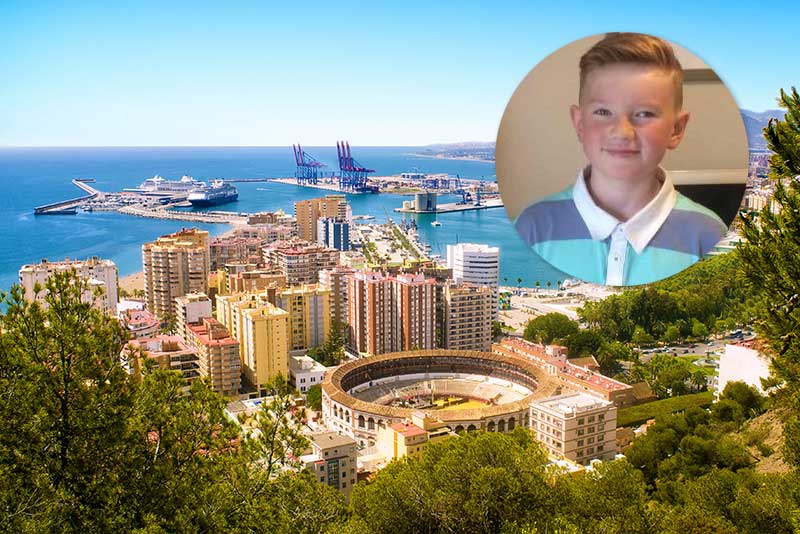 GREATER MANCHESTER POLICE detectives searching for a missing boy abroad are re-appealing for the public’s help following his 13th birthday.

Alex Batty – who recently turned 13 was reported missing on Sunday, October 8, 2017 after going on holiday with family members in Spain.

The young boy from Fitton Hill in Oldham went on holiday with his mother – who does not have legal parental guardianship – and his grandad nearly 18 months ago.

On Saturday, September 30, 2017 they flew into Malaga-Costa del Sol Airport and stayed in the Benahavis area near Marbella. Alex was due to return to England on Sunday, October 8, 2017 but never did.

Extensive enquiries led police to believing that the family left Benahavis and may have tried to head to Melilla from the Port of Malaga.

Officers investigating the case believe Alex may still be abroad.

Despite following extensive lines of enquiry, issuing various international public appeals and working with the Spanish authorities, Alex’s legal guardian – his grandmother Susan – has not seen him since he left the UK nearly 18 months ago.

Officers believe Alex is still with his mother – 38-year-old Melanie Batty – and his grandad – 59-year-old David Batty – who are both at large and wanted in connection with his abduction.

While officers do not believe that Alex is at risk of immediate harm, they are concerned for his welfare and are appealing for the public’s help to reunite him with his grandmother.

Alex is described as white, about 5ft, slim, has blond hair and speaks with a northern accent.

Detective Constable Declan O’Reilly, of GMP’s Oldham District, said: “Despite being over 18 months since Alex was last seen, I would urge people to keep him in their mind as his grandmother, family and friends here in Oldham have celebrated another one of his birthdays without him.

“The safest place for Alex is back home with his grandmother and we need the public’s help to find and return him to her. She is absolutely desperate for his safe return and when I spoke with her recently she said if there is one thing she could say to Alex it would be for him to please get in touch as his disappearance has left her broken.

“Anyone who has any information, no matter how big or small you think it may be, please come forward so that we can try to reunite a missing boy with his devastated grandmother.”