So here we are in lent once again 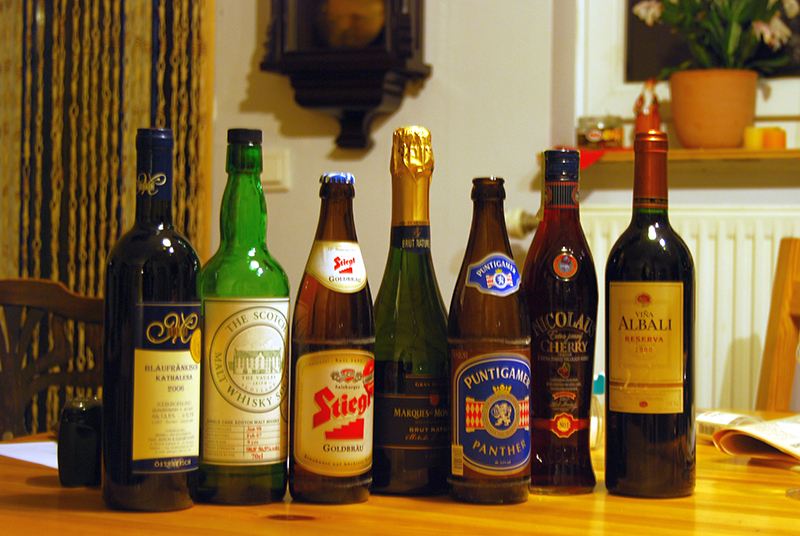 LENT CHALLENGE: Would you be able to give up alcohol for 40 days? Source: Wikimedia

IF you were brought up a good Catholic girl like me (don’t snigger) you will know that Lent is a period of fasting and abstinence (Google that word) in the run-up to Easter.

As a child we were encouraged to give something up for Lent which is a practise that has stuck with me through life. These days it less of a religious observation for me and more of a personal challenge to see if I can sacrifice one of my joys in life for almost six weeks. I was amused to see that, according to an online survey, the top most popular things to give up are:

Could you go without Social Media for six weeks???

This year I am refraining from drinking alcohol. I am not kidding. I did it once I can do it again! Mind you the first time was a bit of a mistake. I just made a casual remark that I was thinking of giving up drink for Lent and the reaction of unmitigated mirth from my chums made the highly-developed stubborn side of me prove that I could do it. I even went an extra week! Mistakenly I thought Lent needed on Easter Sunday. Hence, I was sitting in bar on Easter Saturday evening waiting for the second-hand to click over to midnight with a large glass of red on the table. It was only when I explained why I was waiting that a tearful friend pointed out that Lent ended on Palm Sunday the week before. The tears were her laughing!

One year I gave up potatoes. Think about it: mash, roasties, crisps, chips – none touched my lips for weeks. Hence the photo of me lusting over a sack of unpeeled spuds. On Palm Sunday that particular year my delightful chum Hugh Carville appeared with a plate of every kind of cooked potato for me to enjoy. Never has a chip tasted so good.

I have considered abstaining from prawns – but seeing as I hate the creepy baby’s toes, this is hardly in the spirit of the challenge. The only thing that I have never considered giving up is chocolate. I hope at my age I know my own limitations. There is nothing worse that starting a venture with he solid certain knowledge that you will fail.

This week the A-Z of Mallorca reaches the letter ‘ ‘ for – IRONMAN Mallorca is a triathlon event that is held annually starting in Alcudia in the north of the island. It is also known as the Ironman 70.3 or Half Ironman and it is organised by the World Triathlon Corporation. The “70.3” refers to the total distance in miles (113.0 km) covered in the race, consisting of a 1.2-mile (1.9 km) swim, a 56-mile (90 km) bike ride, and a 13.1-mile (21.1 km) run. Finish times range from under four hours by elite level athletes to 8-and-a-half hours which is the cut off time. Hundreds of athletes from all over the world travel to Mallorca to compete in the challenge which this year will be held on May 11th.