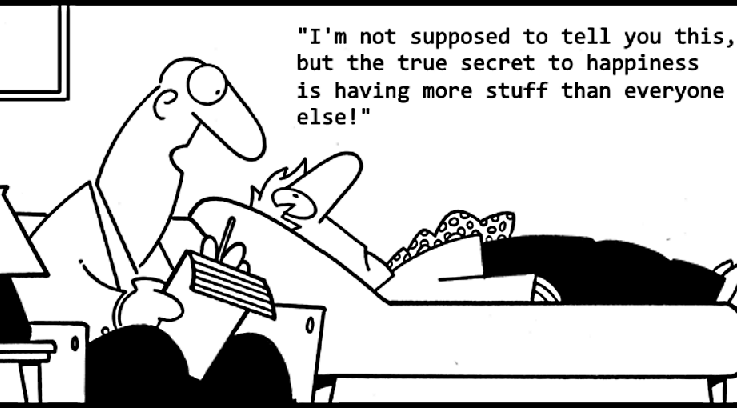 Consumers don’t know what they want and won’t be happy until they get it, warns Terence Kennedy
THE bravest T-shirt I ever saw was sported by a brash Aussie lass: ‘So many men, so little time’.
Perhaps today it needs a slight amendment: So many toys…
How did we get locked into the ruinous cycle (for the planet’s resources and our bank balances) of constantly wanting, needing, the shiniest new gadgets? I blame that first iPhone back in 2007.
Granted, the rot had begun before that, with providers herding us into two-year replacement contracts leaving us with drawers of dead phones. But unlike today’s stalled innovation, each new model did often boast a huge techno-leap over its quickly-obsolete predecessor.
Then came the iPhone’s relentless annual upgrade cycle, surrounded by showbiz hype to rival the second coming, and yea verily did Samsung and Moto and the rest join in and before we knew it, those with more money than sense were changing their phones every year.
I don’t know what circles you move in, but I’ve only ever met one person who absolutely had to buy a new car each year: an American ‘realtor’ or estate agent who insisted other Americans wouldn’t buy property from someone driving last year’s hopelessly outdated model.
Yet phones last potentially longer than cars – no moving parts, just slap in a new battery every few years and in theory they could go on forever.
The ecological cost of our upgrade frenzy has been devastating in terms of the raw materials, not least the so-called ‘conflict minerals’ whose proceeds help fuel the misery of African wars and corruption.
The good news is that the tide is finally turning. A UK survey back in 2013 found users were changing their phones every 20 months. Now it’s 29 months and rising.
A random sampling from the world’s 1.5 billion smartphone users recently found 54% intending to keep their phones until they’re finished.
Apple’s recent profit dip comes as its top-end phone hits more than €1,500, more than I paid for my current car, and triple the price of my desktop computer containing at least as much top technology and ten times the materials, which is quite simply nuts.
Samsung’s flagships aren’t far behind, yet half that price spent on a ‘lesser’ brand like Honor or OnePlus buys almost as much technology for your pocket in today’s cutthroat market, and I recently picked up a basic emergency phone in our local hypermarket for a princely €12.
Perhaps a famous philosopher’s warning should be heeded: ‘You can never get enough of what you don’t need to make you happy.
Sense and sensibility
YES I realise I do need to get out more as I confess to logging every charge I give my devices. But my 2014 Nexus tablet has now had over 500 charges yet still runs for days.
Contrary to our ‘buywashed’ beliefs, the batteries in modern devices will not generally be exhausted after two years, and certainly not one. A friend who is an average smartphone user is still going strong with the original battery in her five-year-old iPhone.
If she does need a replacement a battery costs less than €70 to install.
Although manufacturers don’t shout about it, most other flagship phones can be refurbished back to ‘as-new’ for a mere fraction of the price of the newest model. So why wouldn’t you?