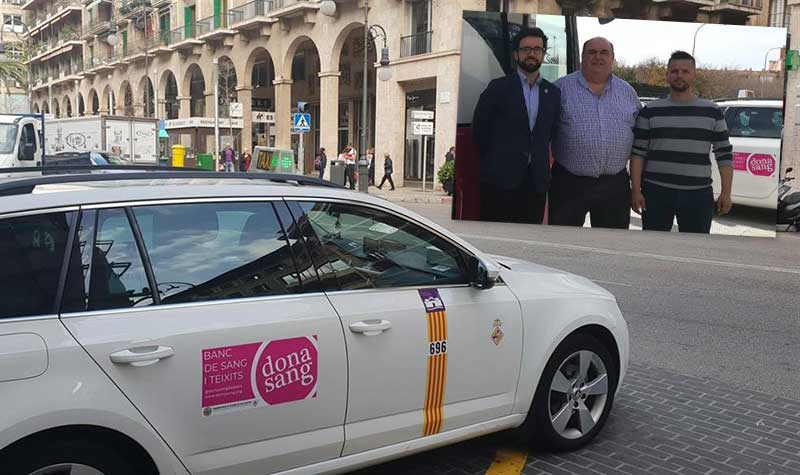 SIXTY taxi drivers are taking a life-saving campaign to the streets of Mallorca to promote blood donation.

The Autonomous Association of the Autonomous Taxi of Mallorca (ASATM) has linked up with The Blood and Tissue Bank Foundation to try to drive home the importance of donating.

As part of the partnership, ASATM has provided space on the bodywork of their vehicles for advertising and will keep information booklets inside the taxis to give out to passengers.

The initiative apparently came about following concerns from association members about the levels of donations the foundation needs and receives.

A spokesperson said that knowing the amount of blood the victim of a serious road accident may require prompted board members to volunteer to help raise awareness.

The blood foundation confirmed that dealing with casualties of a traffic accident may require up to the equivalent of 30 individual donations.

Almost 35 per cent of the transfusions carried out in Mallorca are on patients who have undergone surgery or who have suffered some type of trauma, such as those involved in traffic accidents.

In the Balearic Islands every day, 200 donations are needed to attend to all patients. And because blood can’t be manufactured, the foundation relies entirely on blood donors.

Anybody aged between 18 and 65 years and weighing more than 50 kilos can donate blood. For more information visit: @donasangbalears

The Traffic Department confirmed that in 2017, the number of accidents with victims in urban and rural roads resulted in 389 injuries which required hospitalisation, and possible transfusions.

This was 39 more accidents than the previous year.

ASATM, founded in 1977, has more than 900 members and is integrated into the Independent Federation of Taxis of the Balearic Islands (FITIB).

Please note:  Anyone who has lived continuously in the UK between 1980 and 1996 (a minimum of one year) may not be able to donate blood in Spain due to the risk of transmitting mad cow disease. Check with the relevant authorities.