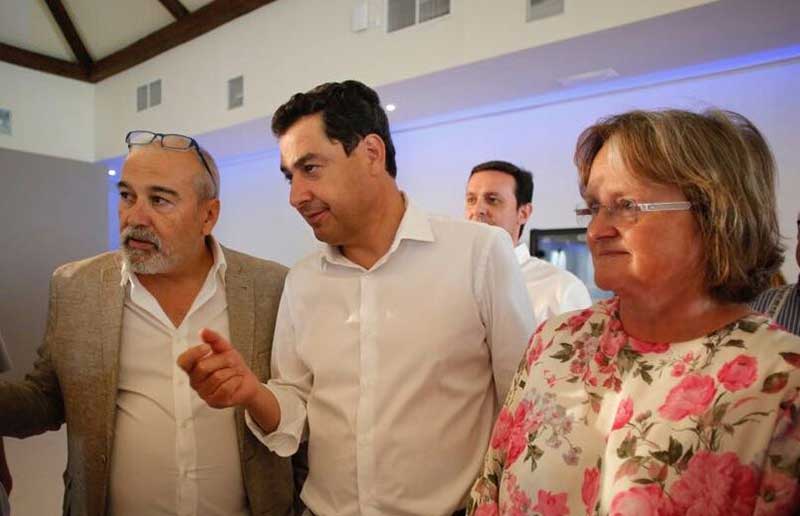 PRAISE: AUAN President Maura Hillen described the announcement as “like a breath of fresh air.”

THE Andalucia regional government’s announcement that it proposes a legal change allowing properties awaiting legalisation via the execution of a town plan to gain access to basic services is welcome news, says the Abusos Urbanísticos Andalucía-NO” (AUAN) homeowners’ association.
AUAN said the change would mean houses on so-called ‘asentamientos urbanisticos’ would be able to connect to water and electricity supplies and to register their homes at the Land Registry by obtaining an AFO certificate. This would, according to AUAN, “offer tranquillity to many thousands of families in Andalucia, who will at last be able to enjoy their homes in humanly acceptable conditions, subject to compliance with certain legal requirements and measures to correct any environmental impact.”
Junta de Andalucia Minister for Development, Infrastructure and Territorial Planning, the Popular Party’s Marifran Carazo, announced the proposed legal change before a plenary session of the regional parliament on March 6. The regional minister criticised the previous PSOE Socialist Party administration, saying they had only come up with “patches” for the non-legal property problem, and had failed to offer a solution.
AUAN President Maura Hillen revealed affected homeowners had been “a little anxious” about whether the PP would maintain commitments made to them prior to the elections, commenting, “we praise them for doing so”, and describing them as “people of their word.”
She also spoke optimistically about support for the change from about other political parties, commenting, “The interventions during the plenary session made it clear that Ciudadanos is also sticking to its commitments and we are equally grateful to them. We believe that Vox is also disposed to solve the problem.
“This is like a breath of fresh air for those affected”, the AUAN President remarked, adding, “We hope that the PSOE and Adelante Andalucia will also see the necessity for this change, for social and environmental reasons.”
Hillen said AUAN now had work to do, “if we are allowed to do so, to help to make this measure as effective as possible and to bring it about as quickly as possible.
“We offer our collaboration in this, as well as the collaboration of various groups in Andalucia whom we have worked with for a long time. We hope to meet with the political parties and the minister shortly. Meanwhile, the statement from the minister has given us reassurance”.
AUAN estimates there are some 2,000 properties on so-called “asentamientos urbanisticos” in the Almanzora Valley and Levante region alone, and tens of thousands in Andalucia.