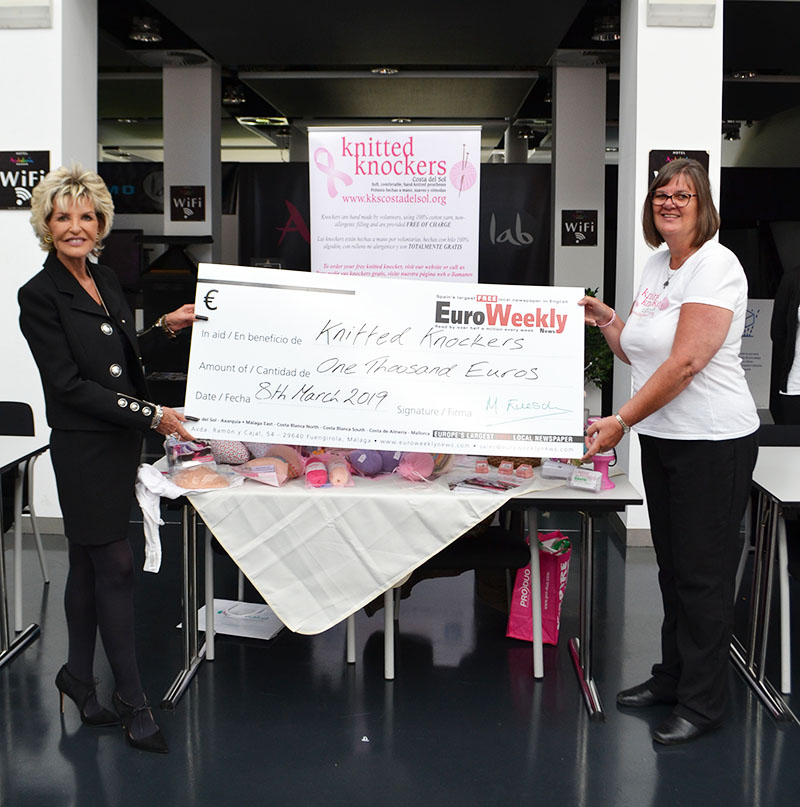 KNITTED Knockers, one of the two charities supported by Costa Women’s IWD conference, had two reasons to celebrate last week.

The charity’s team of knitters create handmade breast prosthesis for women who have undergone mastectomies or other procedures to the breast.

And during the event, president Maria Bailey revealed that after trying to build connections with Spain’s health services for some time, she was delighted to announce the charity is now working with the Spanish association against cancer, AECC.

She added Knitted Knockers has also built up a greater following of Spanish women on social media, through Facebook and recently Twitter.

“We have wanted to help Spanish women for some time, this is fantastic news for everyone. We believe the Spanish connection could now take off even more.”

To round off a wonderful week for the charity, Maria was presented with a €1,000 donation by Euro Weekly News Media Group CEO, Michel Euesden.

She added that the timing was perfect: “We have just had our Annual General Meeting. We were looking at the distribution this year, and were concerned about collecting enough money to fund our growth.

“We had faith the money would come in somehow, and then we suddenly get this donation, it’s incredible. The donation means we do not have to worry about an increase in demand. It’s wonderful news.”

We have sent out 70 breast prosthesis to the Philippines since November. We have sent 1200 in total and we never want to have to say no to anybody. Extra publicity, more volunteers and of course donations all help to make our work possible.”