SHOCKING!: British expat's electricity cut off instead of illegal marijuana plantation next door 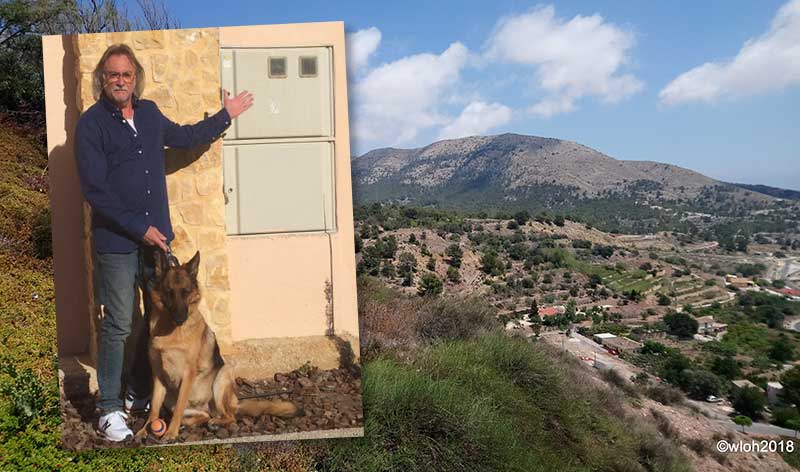 A BRITISH man is living with no electricity after workmen cut him off mistaking his meter for that of an illegal marijuana plantation next door.
And to make things worse electricity company Iberdrola wants him to pay thousands of euros to be reconnected, despite it being their mistake.
Steve Knight lives in Finestrat beside a property that appears to have housed a marijuana plantation.
“It was obvious from the smell,” he told the Euro Weekly News.
Suspicions were confirmed when Iberdrola cut off its electricity and the tenant, helped by friends, was spotted removing the contents late at night.
Story ended?  For Steve it had just begun.
In early February he saw power company employees excavating below his neighbour’s electricity box.
The following day they returned, opening and closing three boxes, including Steve’s and the marihuana-growing neighbour’s.
Suddenly Steve’s electricity was cut – but outages are common in Finestrat and after five minutes he asked the Iberdrola workers when it would return.
“Contact Iberdrola,” they replied brusquely and left.
An hour or so later Steve opened his electricity box to find the meter had gone although other properties still had power and meters, including the “marijuana house.”
He visited Finestrat town hall where they immediately phoned Iberdrola who replied by emailing photos of an illegally connected cable.
The photos showed Steve’s electricity box, not his marihuana-growing neighbour’s, but he was told he must pay €5,630 to get his meter back and the supply reconnected.
Today, Thursday March 21, his own Iberdrola-approved technician can finally accompany one of the power company’s own inspectors to demonstrate that Steve’s connection has never been tampered with.
Steve has also learned that he must pay all costs involved in proving his innocence while Iberdrola is under no obligation to prove his guilt.
Steve, who is determined to fight to the bitter end, has only one word to say: “Incredible!”