It’s the aliens wot did it 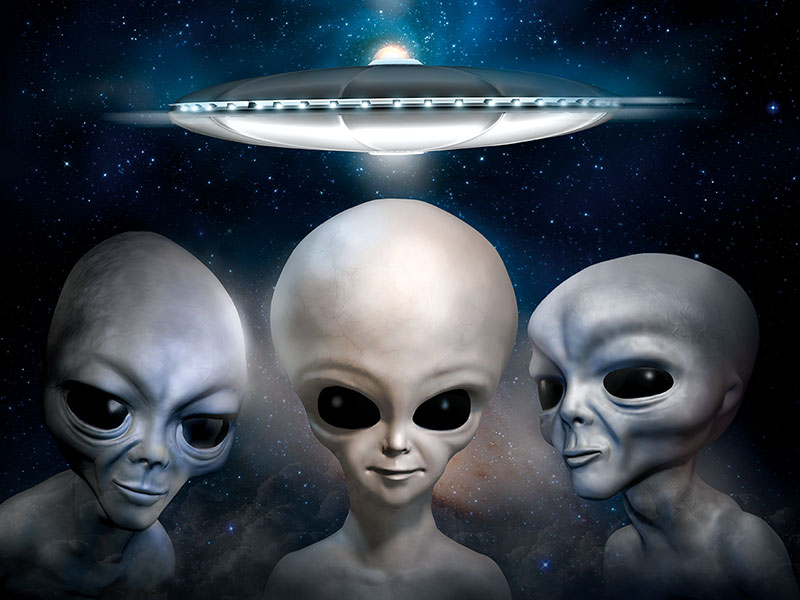 ADVANCE TECHNOLOGY: Brought over by the aliens!

IT was one of those conversations which started out well enough, but suddenly went totally screwy.

The fella I was chatting to in a Benidorm bar noted my vaping machine had a time and date display, and I jokingly suggested the next version of the mod, as it’s called, will likely incorporate an MP3 player and a smartphone, and will wake me up each morning with a cup of coffee and a warm buttered croissant.

The conversation moved on to the astonishing number of technological advances which have been made over the past 50 years, and oh, how we laughed over the fact that things like Bakelite dial phones and cassette tapes leave today’s youngsters utterly befuddled.

‘Ah,’ he asked, ‘but where does all this amazing new technology spring from?’ I suggested it was obviously all down to very clever geezers. He disagreed, saying he firmly believed some extraterrestrial force was at play.

That’s when alarm bells began sounding. They rose to a deafening clamour when he suddenly moved onto the subject of evolution. He was adamant that no such thing exists because of the many differences in human appearances. Eskimos and Africans, Indians and Asians, he asserted, owe their variations to the creation of separate DNA.

This is pure hogwash, and harks back to a mad theory proposed by an American scientist, Samuel Morton, who, in the first half of the 19th century, convinced many that humans could be divided into five races, and each represented separate acts of creation.

Racists gleefully embraced this baloney which ‘proved’ that Whites, or ‘Caucasians,’ were the most intelligent of the races, and Blacks, or ‘Ethiopians,’ were at the bottom of his intelligence scale. Not surprisingly Morton became known as the ‘father of scientific racism.’

An indisputable fact is that there is only one human species – Homo sapiens – and that we evolved in Africa and developed different characteristics when we spread to different parts of the globe.

Seeing how sceptical I was by his views on separate races, he threw in ‘ah, but what about the pyramids?’

This was a terrible blunder because just a week before I was reading about pyramids and the large number of people who believe they could only have been built by aliens. Why? Because the Egyptians back in 2500 BCE were ‘too stupid’ to have erected them.

One debunker of the alien theory pointed out that before the pyramids were erected, the Egyptians had developed agriculture, writing, astronomy, mathematics, metal working, sophisticated artwork, monumental stone architecture and a host of other things.

The researcher added: “When you really learn enough about them, it’s not difficult at all to imagine that the Egyptians were capable of such architectural sophistication. They had a certain expertise in stone working which we lack today.

“By the time of the pyramids, a corps of craftsmen had been developing their quarrying and building skills since the Early Dynastic Period. We have evidence to support the Egyptians’ responsibility for all the construction stages of the pyramids.’