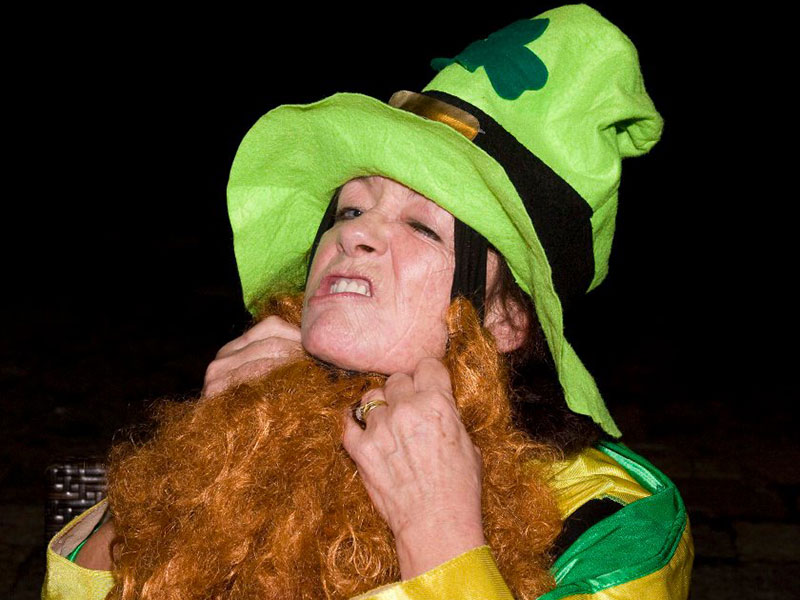 THERE are few examples of this island’s diversity more impressive than the St Patrick’s Day celebrations in Santa Ponsa.

Why (you may legitimately ask) would the population of a Spanish island in the Mediterranean Sea celebrate the patron Saint of Ireland? Well the answer is pretty clear if you have ever spent a Saturday night in Ramon Moncada street in Santa Ponsa.

I have done that joyous thing on several occasions, and the ones I can remember were some of the happiest times of my life. At times you could swear you were in Galway, except for the lack of a gale-force wind blowing off the Atlantic.

Ramon Moncada street in Santa Ponsa is known locally as ‘Irish Street,’ and it is awash with celtic music, food and – of course – Guinness. One or two of the bars actually pour a pint of Guinness which tastes like the real black stuff does back in Dublin.

The Irish love Santa Ponsa and Santa Ponsa loves the Irish. Thousands of them make their way from the Emerald Isle to this sunny one every summer. Although sometimes the culture shock of not being in Ireland can be too much. I recall one   night consoling one lassy who wanted to go home to Cork because she was homesick and it was ‘too hot’ here. She had been on holiday for only six days!

So, if St Patrick’s Day is to be celebrated at all on this little island in the Med, then Santa Ponsa is the obvious choice to host the fun. The ‘Paddy’s Day’ parade has not always been a fixture in the expatriate calendar, as it is a relatively new addition by Calvia Council to the many parades and processions which we can enjoy on the island.

But why is it celebrated at all? We English don’t make a big fuss about St George’s Day, nor do our Welsh friends kick off about St David nor the Scots about St Andrew. Why does Paddy get a knee-up when the other saints do not?

We can thank the American-Irish emigres for turning a religious and cultural event into a more secular one. The Irish who emigrated to live in the USA (who may have suffered the same kind of homesickness as my Cork lass) started to hold a celebration of all things green and Irish on March 17 which rapidly turned into a jolly good p**s up!

Then again. when have the Irish ever needed an excuse to party? I was amused to see when I Googled ‘St Patrick’s Day,’ the first suggested website was ‘find your nearest St Paddy’s Day pub’!

St Patrick’s Day is a great excuse to dust off that leprechaun outfit and enjoy a Guinness while singing along to ‘Galway Girl.’ ‘Sláinte!’

The A – Z of Mallorca reaches the letter ‘L’ for leather. Mallorca has a long heritage of making leather (or piel) goods, and is home to some world famous shoe making brands such as Camper and Tony Mora.

Inca is the leather capital of the island and here you will find the biggest and best leather shops. The first leather workshops were set up by the Moors as long ago as 1240, and the industry thrived until 1652 when the bubonic plague killed over 2,000 people in Inca and the leather industry died with them.

Wine became the biggest industry in the Inca region until the phylloxera disease destroyed the vines and the local people returned to what they knew best, leather making.

Now the island is home to international brands such as Farrutx, Yanko and Lotusse. Bags, belts, gloves, coats, Mallorca is a leather-lover’s paradise.