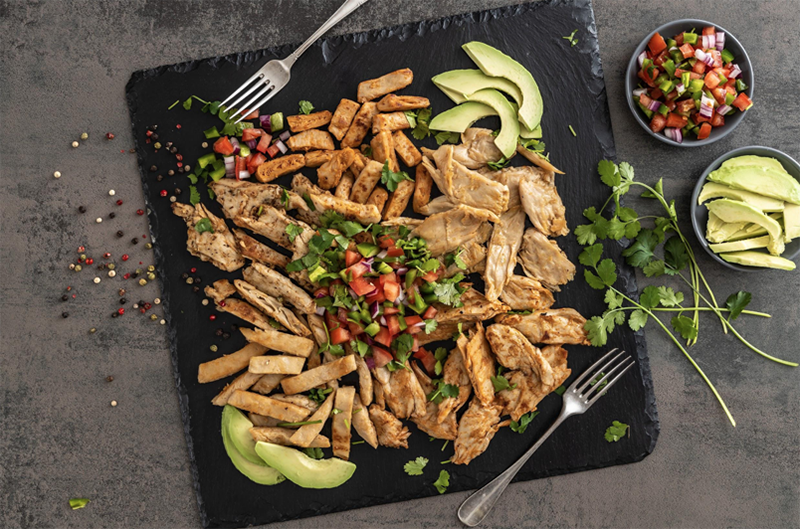 VEGETABLE PROTEIN: Consumed by 30 per cent of the population according to YouGov survey. Photo: Foods for Tomorrow

AFTER International Day Without Meat was celebrated last Wednesday, March 20, companies and people all over the world encouraged consumers to experiment with a diet without meat.

A startup in Barcelona, known as Foods for Tomorrow, has highlighted the need to reinvent the way consumers get their protein and a comparison between vegetable and animal protein.

The award-winning food-tech startup, founded by Marc Coloma, explained that the company was created to help solve the challenge of how to sustainably feed the world with a growing population and an increasing demand of protein, taking into account that livestock farming is one of the main drivers of climate change, widely spread diseases and food inefficiency.

Foods for Tomorrow, the first and only third generation plant-based protein company in the South of Europe, decided to create protein directly from plants through revolutionary technology.

In 2017, the company launched its main product, called Heura®, which is a plant-based meat ingredient with a unique texture and composition. They stated that the product contains 2 times more protein than one egg, 4 times more iron than one plate of spinach, and 6 times more fiber than tofu.

The product is made from soy, it doesn’t contain gluten or added sugars, it’s low in saturated fats and has no cholesterol. It is a source of potassium, magnesium and phosphorus and has a high content of proteins of high biological value, fibre, iron and vitamin B12.

The most surprising fact is that the product is claimed to be very similar to meat due to its flavour and texture.

According to several surveys carried out by Barcelona Activa and the city’s local government, many participants stated that aside from the product looking like meat, that it also tastes very similar, having being left shocked when they realised that they were eating vegetable protein.

The consumption of vegetable proteins in Europe and North America has experienced a growth of 267 per cent in the last five years, according to the multinational provider Kerry.

In Spain, 30 per cent of the population consume vegetable protein according to a YouGov survey carried out in December 2018.