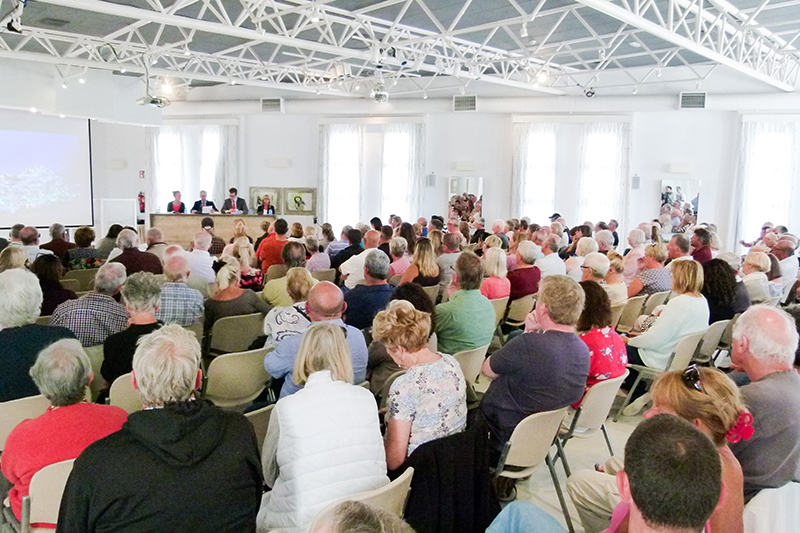 NO JOKE: The Spanish Government’s Director General for Integration and Coordination of General Affairs in the EU made it clear Brexit is a very serious business. CREDIT: Somos Mojacar

THE Spanish Government is doing its best to prepare for all possible Brexit scenarios and to reduce the impact on British citizens, whatever the eventual outcome.

That was the message from the Spanish Government’s Director General for Integration and Coordination of General Affairs in the EU at an informative meeting on Brexit organised by PSOE-Somos Mojacar in the Mojacar Parador on Monday.

Speaking exclusively to the Euro Weekly News, Jose Pascual Marco emphasized, “We want to send out a message of calm, but we don’t want to deceive people.

“Leaving the European Union is not a joke. And although the Spanish Government is trying to minimize the trauma, it is a trauma.”

Coming to Mojacar straight from attending a European Council meeting, and in the midst of maximum Brexit uncertainty, Sr. Marco talked the packed meeting room through the possible Brexit outcomes.

He sees a postponement to Brexit day as likely and says the commonly held view is there is only a “very slim” possibility of the UK “crashing out of the EU”, but stressed, “We have got to prepare for that chance.”

UK residents “have nothing to worry about for the time being” if there is an orderly Brexit, he said, while for a no-deal scenario there are two safety nets: international law and contingency measures agreed by the European Commission to limit the most significant damage.

Sr. Marco reminded the audience the Commission wants the EU-member states to retain a united Brexit negotiating stance, but added it had given member nations a little “leeway” to supplement the contingency measures. He detailed the Spanish Government’s preparations in the event of a UK withdrawal without an agreement, specifically a royal decree under which contingency measures would be adopted to address the consequences.

He explained the decree offers important, albeit temporary, assurances on matters like residency, Social Security benefits and access to healthcare, and although unilateral the expectation is it will be reciprocated by the British Government.

“I would say the philosophy of the Spanish Government is that as far as possible we don’t want the British to suffer because of Brexit, and especially British people in Spain because they make a valuable contribution to our national life and because they are part of our country, and I think we’ve gone the extra mile to try and help”, he commented.

The audience had the opportunity to put questions to the Government representative. Sr. Marco acknowledged Brexit will “touch many aspects of people’s lives”, and promised to take note of any queries he was unable to address and to respond, adding the Spanish Government would be releasing an explanatory document in English for British nationals over the coming days.

“For me it’s been really valuable to be here: I’ve learnt a lot”, Sr. Marco told EWN.

“It’s important that public officials listen directly to people, because there are things which we miss.”

He described British residents’ concerns as “legitimate”, above all else underscoring the recommendation UK expatriates register as residents and ensure they have all their documentation in order.