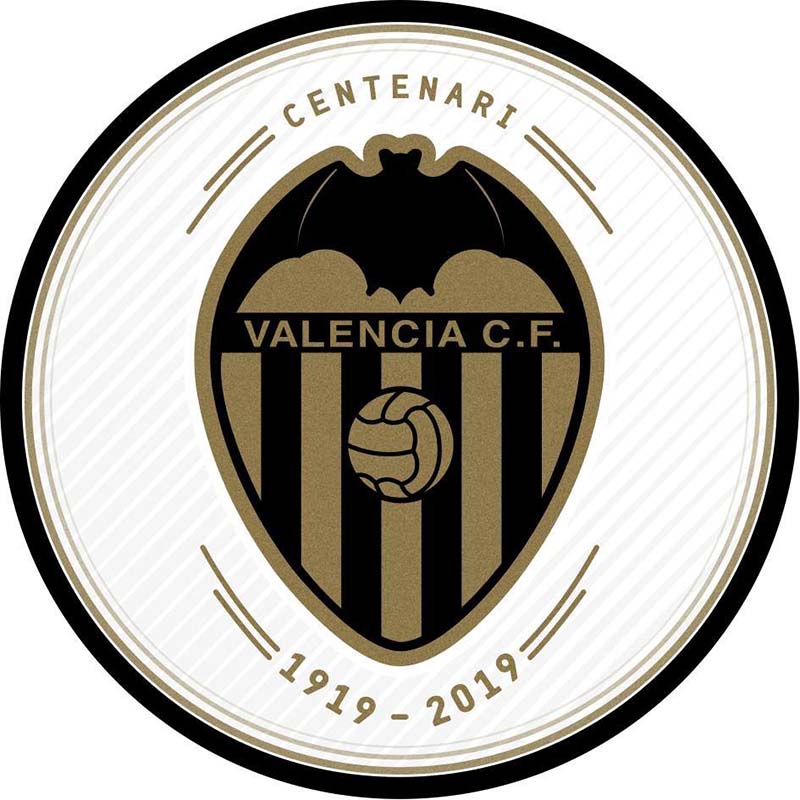 CENTENARY: The bat is at the heart of Valencia CF’s 100 year celebrations. CREDIT: Valencia CF Facebook

BATMAN creators have lodged a complaint against Spanish football club Valencia over the squad’s use of the bat logo.
DC Comics filed a report with the European Union’s office of intellectual property against the trademark application made by the club for its centennial logo arguing there was a “likelihood of confusion” with some of the designs of Batman’s symbol.
A statement from law firm Garrigues, which is representing Valencia, said that both parties have requested an extension of the “cooling off” period to October 30, 2020, to negotiate a possible deal.
If an agreement cannot be reached, the intellectual property office will make a decision.
The two parties reportedly had a logo dispute a few years ago, but both sides reached an agreement and the club said at the time that that particular design of the bat was not going to be used.
The new symbol is a modern-looking bat-shaped figure with open wings and was used in different colours during the team’s centennial celebrations last week.
The images still appear on the team’s website and mobile apps, as well as in some online videos.
After DC Comics first complained of Valencia’s use of a new bat design for a line of casual clothing in 2012, the club said a bat has been incorporated into the club’s official crest since 1922, and “the official crest and the bat have been trademark registered worldwide and their use has not been subject to any legal challenge”.
The Batman character first appeared in a DC Comics publication in 1939, 20 years after Valencia football club was founded.