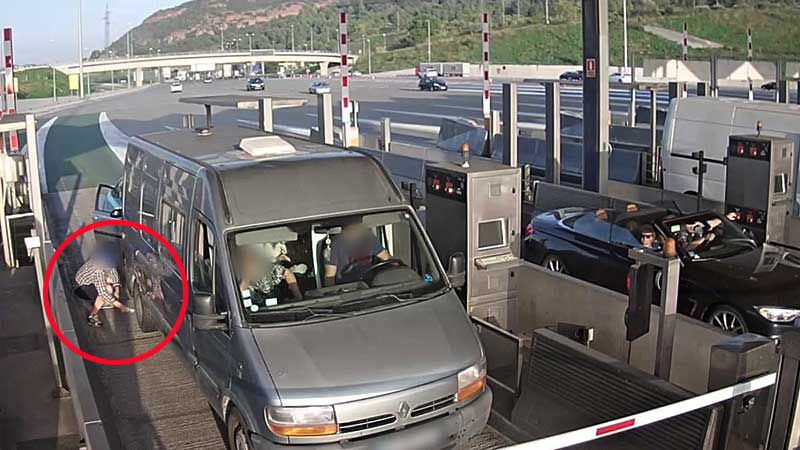 Tolls in Malaga province among the most expensive in Spain. Photo credit: Twitter / @mossos

A CRIMINAL gang that preyed on foreign tourists using one of Spain’s main motorways running through the Costa Blanca to the south of the country has been smashed after more than one hundred officers took part in dawn raids.

The gang allegedly slashed car tyres at toll booths and service areas on the AP-7 Mediterranean motorway between La Jonquera and Murcia before robbing the owners by posing as Good Samaritans when they were forced to pull over to look at the damage.

Police believe that the gang who invested more than €9,000 in high-end rental getaway vehicles could have committed ‘hundreds’ of thefts from tourists.

More than one hundred Mossos d’Esquadra police officers were involved in dawn raids that saw the arrest of the group leaders in Reus, Ametlla de Mar and Hospitalet de
l’Infant.

Agents recovered around €25,000 in cash, jewellery and electronic devices as well as a firearm.

Police say the six men arrested are of Serbian and Kosovar origin and aged between 35 and 50-years-old.

Authorities also believe other fast roads, such as the C-32 and the A-2 were targeted.

Officers said that chose mainly foreign victims because of the large amounts of holiday money they usually carry.

Investigators said they all use falsified documentation regularly to identify themselves when they were stopped by police officers, as well as for renting vehicles.

“If in any doubt, you should talk through the car window and contact the Civil Guard on 062 or Police on 112 and ask them to confirm that the registration number of the vehicle corresponds to an official police vehicle.

“Be aware of ‘highway pirates’ who target foreign-registered and hire cars, especially those towing caravans. Some will (forcefully) try to make you stop, claiming there is something wrong with your car or that you have damaged theirs. If you decide to stop to check the condition of your/their vehicle, stop in a public area with lights like a service station, and be extremely wary of anyone offering help.”