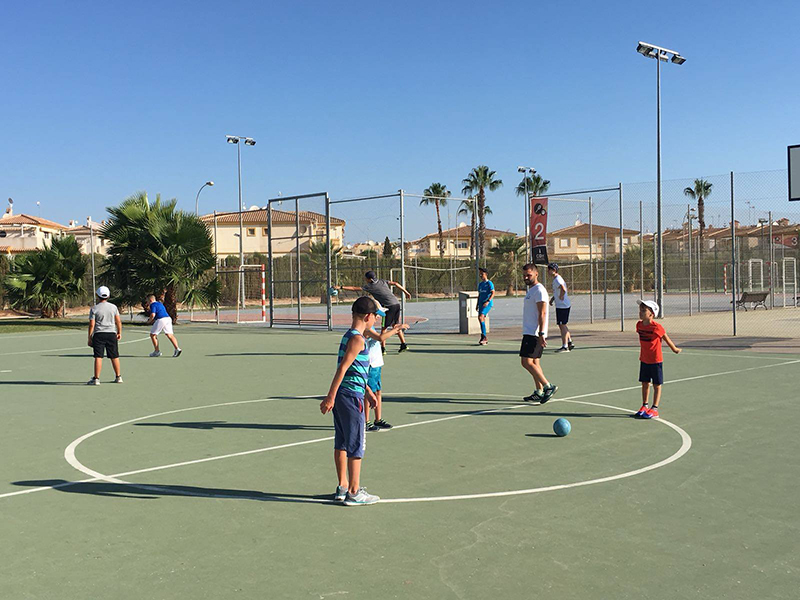 AROUND a hundred angry Orihuela Costa residents congregated outside the town hall in Playa Flamenca on Monday in protest over the closure of the Municipal Sports Centre (CDM), which up until Monday morning they had been able to use without any problem.
The protestors, many carrying tennis racquets, held banners written in Spanish and English with slogans such as: “PP and Cs, don’t play with us”, “CDM, another service gone on the coast, disgraceful” and “CDM, this is robbery”.
On Saturday, the company that manages the sports centre, UTE, announced that around 20 employees would be losing their jobs and they themselves closed the centre on Monday to the general public.
As local residents turned up at the beginning of the week to use the centre’s heated indoor pool, tennis and padel courts, the fact that the centre was closed generated a lot of confusion.
Since August, the town hall has refused to pay UTE for managing the centre, alleging a breach of contract, which it is trying to rescind, since UTE failed to construct the multi-purpose building it had promised.
The CDM is currently open for schools to use the football and skating facilities until the end of term, however, they will have to do so without lighting in the changing rooms nor any hot water in the showers. Children who had booked swimming lessons will have to go without.
Spokesperson for CLARO, Helene Akerman, criticised UTE for their “abusive prices” and along with many of the protestors on Monday believes that it is time for the town hall to take over running the sports centre for its residents.
Orihuela’s councillor for Sport, Víctor Valverde, slammed UTE for not communicating the centre’s closure and said his department is in the process of preparing a report to claim back damages as well as a plan to move forward so that the centre can re-open and employees keep their jobs.