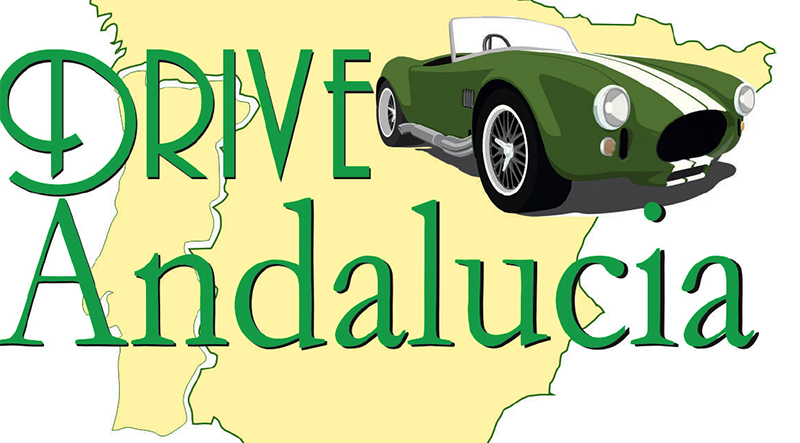 DRIVE ANDALUCIA: The event had a full entry of 25 cars, the maximum the super hotels chosen could take, and a fine variety of motor cars.

‘DRIVE ANDALUCIA’ the Tours arm of the Classic Car Club of Andalucia, puts on a number of car tours each year.

Usually, a minimum of three days and often up to seven days. This last one, called the Tour Primavera (Spring Tour) was over four days and covered some spectacular countryside.

The event had a full entry of 25 cars, the maximum the super hotels chosen could take, and a fine variety of motor cars. Porsches, Ferraris, Jaguars, Bentleys, Mercedes, a Chevvy Camaro, a Nissan 370Z, a Lexus 430SC and even a Peugeot cabriolet were among the assembled beauties. That’s the cars…..

The event got started just outside Malaga at Montes de Malaga on a warm Sunday morning.  Breakfast was enjoyed at Venta Mirador del Carlos whilst registration was completed and Roadbooks were distributed.

The Roadbooks use a ‘Tulip’ style of navigation, originally developed for the International Tulip Rally of the 1950’s and now universally adopted as the way to navigate for modern events too. This system is very easy to use, requires no language as every junction etc is drawn as an aerial diagram with the rule ‘ Stay on the Primary Road until you’re told to go off it’ ! Simples!

This is bound into a navigation book and each day is preceded with an outline map of the days route, a narrative style route description and features the addresses of the hotels and lunch stops, the entry list and a whole host of other information including a fascinating article on the historic and geographical features of the places the event would visit. It does mean that both experts and newcomers should be able to cover the entire route without getting lost!

Once breakfast and formalities were competed, the route set off up the Montes de Malaga, stunning scenery and views out over Malaga and the Port, in the direction of Colmenar and then past Rio Gordo to the first big climb from Periana up to Alfarnate. Here the first coffee stop of the day was enjoyed in the famous Alfarnate Inn. The oldest Inn in Andalucia, where they still have a calaboose (jail) in the middle of the dining room. That was for the Sheriffs use, whilst taking prisoners from Malaga to the Courts in Granada, they could stop for the night or a hot meal and the prisoners would be secure whilst they enjoyed themselves. That’s the Sheriffs, not the jailbirds!

From here the route passed through Zaffaraya, then over the blue lakes of the Bermejales before a fast run to stop just south of Granada in Conchar. A marvellous hotel, the Senorio de Nevada, was the chosen night stop with amazing views of the Sierra Nevadas. Here a superb dinner was arranged, something that was thoroughly enjoyed by all.

A few slightly bleary-eyed crews assembled the following morning for the restart after a good hot breakfast! A superb route was about to greet them. Still in marvellous weather, blue skies and sunshine which have typified our area these past weeks, the route headed out to run along the Alpujaras before turning north at Ugijar and going straight up, over the Sierra Nevadas, passing the highest road-point at just over 2,000 metres at Puerta de la Ragua and then descending the other side down to Guadix, home of the Troglodytes and no, that’s not a pop group, but the local cave dwellers! The route passed the town of La Calahorra with its impressive castle. Built between 1509 and 1512 it is one of the first Italian Renaissance castles outside Italy.

Onwards from here and the second night-stop was in the old Roman town of Baeza where a stunning hotel in the old part of the town was the scene of a superb dinner and a bit of partying afterwards in the hotel’s gastro-bar!

Day three took the crews from Baeza, through Jaen province and skirting the Cazorla National Park where one can also find the biggest reservoir in Andalucia. Then, on through the Gor Valley where can be found the highest concentration of prehistoric burial mounds in Spain.

After that, Granada, and a free night for the crews to go out and enjoy the marvellous Tapas bars that the city has to offer. Crew didn’t take much encouraging and all thoroughly enjoyed their visit to the City. And the food, and the bars….

Day four of this amazing trip saw a late start (!) and a short trip down the spectacular ‘roof of the world’ Ruta de las Cabras and in to Almunecar before all crews arrived in the picturesque harbour of Marina del Este to enjoy the final event lunch and swap war stories.

The only thing now, when do we organise the next one? Probably in October to Toledo and then along the Route of the Al Andalus to head from there to Lisbon and then down through Sevilla. Probably, over seven days. More on that nearer the time.

Meantime, the CCCA has its monthly classic car run this Saturday. The Start will be from Restaurante Jose Carlos just along the A7075 Almogia road off the A7 Malaga ring-road.

That’s it from me until our next issue.