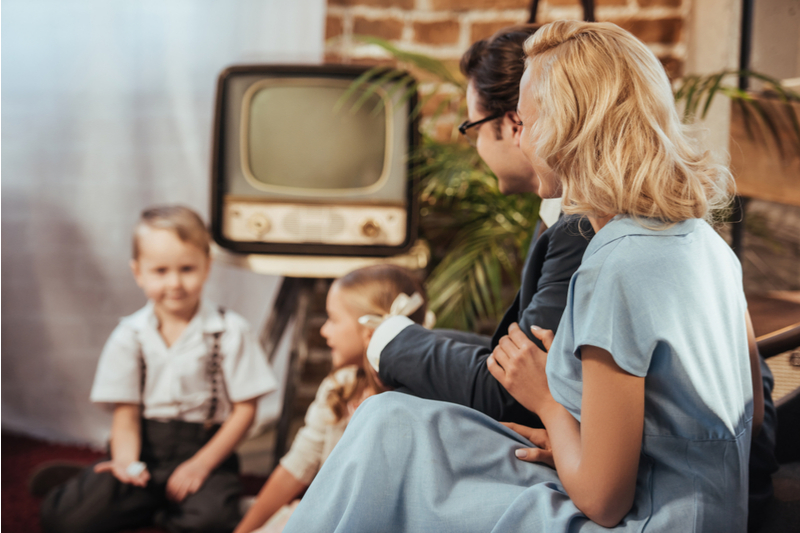 LET me introduce you to a country with an enviable quality of life.

There is general respect for figures of authority, such as teachers, policemen, clergymen and referees, as well as for parents. Most children leaving school are literate and numerate. Radio interviewers show respect for cabinet ministers who, with a few exceptions, conduct themselves as befits their office.

The health service, available for all, is the envy of the world. Hospital discipline and procedures are controlled and supervised by authoritative matrons. When we are ill, most doctors visiting our homes have a sympathetic “bedside manner”.

Natural, unprocessed food can be obtained from the local grocer, greengrocer, fishmonger or butcher while healthy chickens produce tasty eggs and meat. Bottles of fresh cream-topped milk are delivered daily to the door by the milkman while the baker delivers fresh loaves of bread. Food items are wrapped in paper and carried in paper bags. The absence of plastic wrapping and plastic bags means there is no permanent pollution to our seas and rivers. Beer and milk are sold in glass bottles. Litter takes the form of cigarette ends but there are no cans or rubbish from restaurants on the streets. Successful clean air campaigns are forcing factories to regulate the smoke belching into the environment.

Pub food may be generally poor and some food bars are emerging as outlets for tasteless hamburgers but the food in the better restaurants can be quite good, despite the pretentious menus in French. Hearty, tasty courses are served and there is no nouvelle cuisine. The more expensive wines of France and the whites of Germany are superb, although the cheap ones can be bland or vinegary.

The consumption and dealing of drugs is seldom practised, although there is a widespread addiction to tobacco. Nicotine, however, does not provoke anti-social or violent behaviour and cigarettes are acquired legally.

It is safe to put an unaccompanied child of eleven on a train from the capital to the coast to be met by a relative at the station. Apart from in certain urban areas, we can walk the streets, attend functions or go to a pub or club in safety. Travel by road, rail or air is free of hassle and congestion.

The literature of Hemingway, Orwell and Camus occupy the minds of teenagers and they meet their friends to play games and have fun. Depending on the season and on their interests this may involve chess, table tennis, conkers, climbing trees, stamp collecting, jigsaw puzzles, trainspotting, cycling or visiting cinemas, museums or social clubs. Communication is face-to-face. The branch bank manager is there to take a personal interest in each customer’s needs and to make appropriate decisions, while the friendly bobby on his bicycle patrols the small towns and villages.

Sadly there are no flights to this destination. This is, of course, England in the nineteen-fifties.

Now let me introduce you to another country with an enviable quality of life.

Humans, like all other species, are either male or female. There is a clear distinction.

The gender of pop stars is clear from their voices. Dean Martin is obviously a man; Doris Day a woman. The quality of voices, the lyrics, the accompanying music and the compositions is high. The themes of most songs are love, philosophy or comedy. There is no transmission of anti-social songs of aggression, blasphemy or bad taste. They reflect an innocent world.

Men and boys open doors for women and offer their seats on public transport. Men raise their hats to women they meet in the street as a mark of respect. In restaurants the man faces the wall and the woman faces out to the restaurant. In flight he offers the window seat to his wife or girlfriend.

The term “political correctness” is not in use. Society is not over-sensitive, and there is tolerance of humour if it is not extremely offensive or in bad taste. Flirting is considered a harmless ego-booster. The wolf-whistle is seen as an innocent expression of appreciation. Men can freely discuss their approval of a woman’s appearance and joke about women drivers. If a man pats his secretary on the bottom it is probably taken in good spirit as a compliment. There will be cases where she objects or even slaps her boss’s face but she is unlikely to get him in trouble. Comedians don’t always observe the boundaries of taste but risqué humour is accepted if it is funny and not personally offensive.

In major tennis tournaments prize money reflects the quality, appeal and number of sets played. As it is recognised that the men’s and women’s games are different (not equal), men earn more than women. Wimbledon is pretentious in many ways but its all-white sartorial code for players suggests a discipline that is transmitted to the dress and behaviour of the spectators. This code of behaviour similarly applies to Ascot, while at Lords, boundaries and wickets are politely applauded.

Football is the beautiful game, defined by fair tackling and the shoulder barge. Wrestling, shirt-tugging, tripping and diving don’t happen. Footballers are men – no Alice bands, pony-tails or silly little granny buns on their heads and only the occasional discreet tattoo. No embracing or cuddling each other when a goal is scored. No squirming on the ground when tackled. Men are men.

Air hostesses and fashion models are by definition as attractive and elegant as the film stars. They wear nylons, high heels, polished finger nails and enticing perfumes. When in public women don’t indulge in swearing, fighting and vomiting in public. Feminine dignity is valued. Women are women.

Sadly there are no flights to this destination. This is, once again, England in the nineteen-fifties.