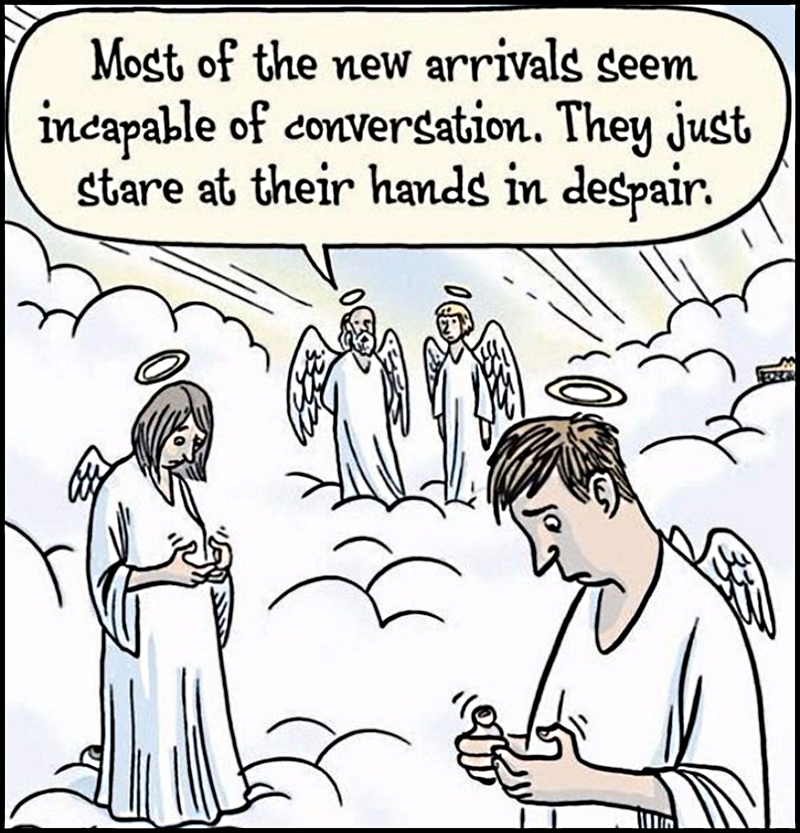 COLD TURKEY: Could you do it?

If you can’t put your phone down try a detox, says Terence Kennedy
THE first thing we used to reach for in the morning was a cigarette. Now it’s a phone. And you know you’re in trouble when your first priority is your screen, not your partner.
Guilty as charged, m’lud. Well, almost. Priorities certainly needed shuffling when I found myself checking e-mails before the kettle, scrolling the headlines while scrabbling for slippers, and consulting the weather on my phone instead of through the window.
More than a decade into the smartphone era the inevitable backlash has begun, as increasing numbers of people report trying to wean themselves off the things. Divorce is in the air – from our devices.
A British journalist realised he was hooked when he used an app to track his phone use. Its findings: he picked up his phone a thousand times a week, or about 150 times a day.
He spent 45 minutes of his first hour jabbing at the screen, worked his way through 300 notifications a week, and realised the true extent of his addiction when he kept hearing the phone buzzing even when it wasn’t.
Sound familiar? If so, maybe it’s time for a detox. Step one is to find out just how dependent you are on your device, and the free screen time tracker ‘Moment’ for both Apple and Android devices is as good a place as any to start.
There are now even phone-addiction rehab clinics (yes, really), offering fairly sensible advice which eases you up towards that most unthinkable of all options: going cold turkey. Among their recommendations:

Well, it’s a start. Get past these basics and you’re ready for the true tests of phonelesshood: leaving your phone outside your bedroom overnight, putting the phone in a central place when at home instead of carrying it around, blocking work e-mail from your phone after-hours, going out to dinner without your phone.
If you get that far (go on, I dare you), you’re ready for the two final, ultimate challenges:
Keep your phone on Flight mode all day, only deactivating it when you really need it.
Keep your phone switched off from Friday evening to Monday morning.
Frankly, I suspect alcoholism might be easier.
The benefits of boredom
CONSPIRACY theorists absolutely love the notion that our bodies are being radiated by our phones but the authorities won’t tell us. It might certainly help today’s phone addicts if they thought it was true.
‘Twitchy hand syndrome’ is now a recognised affliction for those wanting to check their devices but unable to (most typically in meetings).
A friend recently decided to deprive herself of an hour’s sleep in the mornings so she could check her social media in bed.
Researchers warn of whole generations now unable to cope with boredom, that languorous state which so often leads to much of the world’s creativity.
So when was the last time you just stared into space or sat admiring the world – on the horizon, not on your phone?