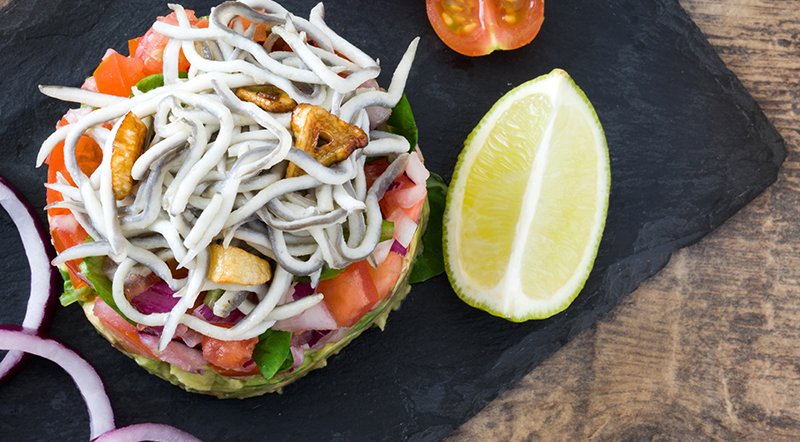 BABY EELS: Move along quickly if you see them cheap.

I WAS completely knackered at the end of a grueling day at the Star newspaper in Johannesburg, and desperately needed a good night’s sleep. Then came a phone call from my editor that changed my life forever.

‘Pack a suitcase and get to the airport,’ he barked. ‘I’m getting you out of the country on a Swissair flight leaving in two hours. You’ll be staying in Madrid and Amsterdam before landing in London, where you’ll be working at our offices in Fleet Street.’

He’d been tipped off that I was about to be detained by South Africa’s brutal Bureau for State Security (BOSS) for “treasonous activities”, and I needed to flee the country.

That was in October 1973, and 24 hours later, still trying to get my head around the fact I was on foreign soil and unable to speak a word of Spanish, I went in search of food. That’s when I discovered my first tapas bar. The entire length of a very long counter bore dozens of small terracotta dishes containing all manner snacks, the likes of which I’d never clapped eyes on before.

Just then a voice in a noisy crowd of young military recruits said in English ‘try the gulas.’ He pointed at what looked like a dish of white worms. But I was so relieved to discover an English speaker – and a breathtakingly handsome one at that – I would have swallowed anything he suggested.

My stomach did back flips when he explained that gulas were baby eels (elvers in English) but I gave them a go. That I never ate them again is indicative of the fact that I was less than impressed.

However, most of the other dishes I tried were truly fantastic and for an entire week I ate and drank daily in that wonderful tapaseria.

I fell so deeply in love with tapas that the first recipe book I bought in the UK was ‘Tapas: The Little Dishes of Spain’ by Penelope Casas, which contained three recipes for what she called ‘angulas’: baby eel toast, baby eel in garlic sauce, and baby eel omelette.

When Casas published her book in 1985, elvers were plentiful and cheap. Now they are neither. If one were to prepare, for example, Jane Grigson’s recipe for elvers with scrambled eggs, it would cost you around €250! The acclaimed food writer’s recipe appeared in her 1980s book English Food and called for 500g of elvers.

”But,’ I hear you cry, ‘I can buy gulas in my local supermarket for under €4 a packet.’ Well, have got news for you. Those bluish-white ‘worms’ – invented around 25 years ago – bear no relation whatsoever to elvers. According to El Pais food writer Jose Carlos Capel, they are an abominable combination of fish protein, sunflower oil, wheat flour, salt, egg whites, monosodium glutamate, artificial flavours and synthetic ink.

So outraged was Capel that these are now being used in seafood dishes served in top-notch restaurants that he despairingly asked: ‘For the love of God why are we ruining Spain’s reputation for haute cuisine by using fake eels?’

Ponder on that the next time you spot a packet of gulas, then move along quickly.