TECH FOR THE TIMID: When music really matters 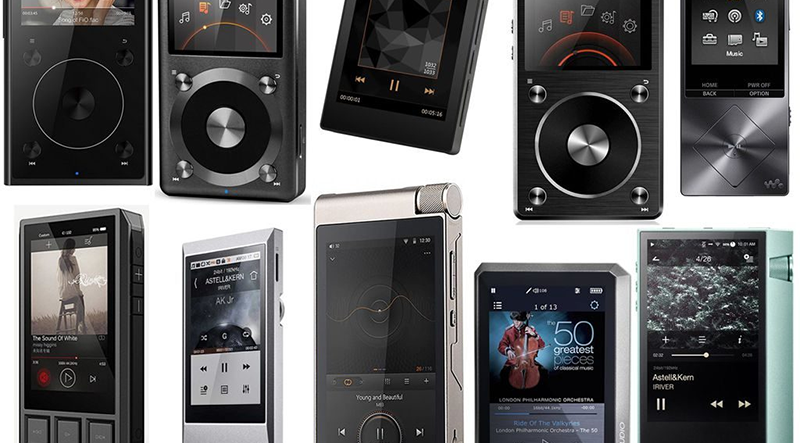 Would you pay more for true studio sound, asks Terence Kennedy?
IN THE beginning was the iPod, and lo, Steve Jobs saw that it was good, and sold over half a billion of the things.
Eighteen years on only the overpriced iPod Touch remains, struggling for sales among myriad Chinese MP3 player clones so cheap they could almost come free with corn flakes. Indeed, a knock-off iPod Shuffle I bought on a street market actually cost less than those corn flakes.
The Walkman begat the Discman which begat the MP3 player which begat the smartphone and most music listened to on the move (and increasingly at home) now happens from our phones. Yet surprisingly, there’s still a niche market for higher-quality music players. All you need is good ears to hear the difference – and deep pockets.
All but the most dedicated of audiophiles tolerated a huge quality hit when the Walkman turned the music world upside down in 1979. Never mind the (middling) audio quality, enjoy the portability.
1998’s MP3 player continued the trade-off, its compressed music files no match for the fidelity of the CD originals.
Now audiophiles are fighting back, with growing ranges of dedicated ‘high-resolution music players’ which look like their iPod ancestors but pack studio-quality circuitry and processing into formats barely larger than a cigarette pack. If you can imagine a cigarette pack costing several hundred euros.
Powered by audio-specific high-tech DACs (or Digital-to-Analog Converters) far more advanced than those in a normal player, phone or computer, they will indeed play bog-standard MP3 tracks.
But that would be a little like owning a Ferrari and keeping it in first gear. MP3 is a so-called ‘lossy’ music format: the compression which reduces its file size to make it portable, also strips out lots of the detail, especially the stuff we’re supposed to feel, not hear.
High-resolution music players favour ‘lossless’ formats like the ubiquitous FLAC, the old-fashioned WAV, Apple’s ALAC or a compromise which sounds like Austrian royalty: Ogg-Vorbis.
People with ‘perfect’ hearing insist they can tell the difference. Most of us closer to our sell-by dates are happy just to load in our music collections on mini-SD cards, secure in the knowledge that what’s being pumped out will be pretty much the best our lugholes can discern.
Meanwhile smartphones play music at no extra charge. So do tiny music players costing €20 or €30. Ultimately whether you think it’s worth many times that for a high-resolution device depends either on audiophile snob value, or the genuine sensitivity of your own lords and peers.
Which is of course cockney rhyming slang. Have a banana.
Hear the hertz
HERTZ isn’t for car hire if you’re an audiophile. The holy grail used to be 20 to 20,000 hertz, a frequency range few humans bar the very young can distinguish.
High Fidelity was the buzzword in the 1950s with the introduction of LPs, then came CDs in the 1980s. But when cassettes stormed the popular market from the 1960s they ran at a barely a tenth of the speed of studio tape, audio range was abysmal and their hiss would have done a cobra proud.
In principle high-resolution audio can achieve more than double the human hearing range.
But in one blind test, researchers asked musicians and sound engineers to spot the difference between music on ‘normal’ equipment, and at ‘high resolution’. You guessed it: they couldn’t.