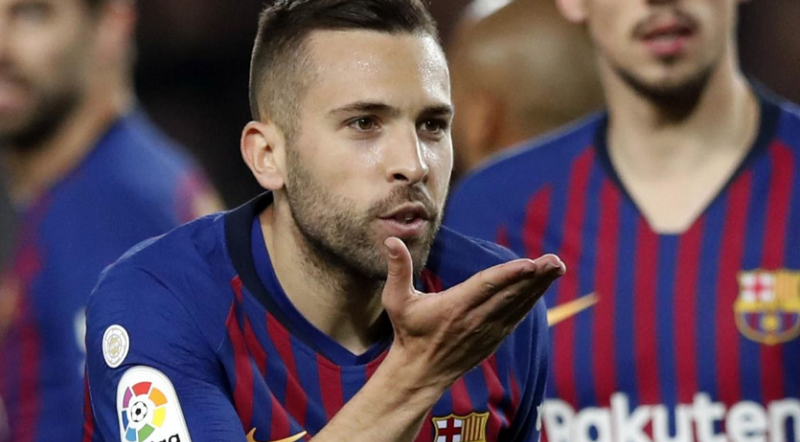 BARCELONA are on the verge of claiming the La Liga title, with their next game against Levante quite likely to be the match they wrap it up.

They beat Real Sociedad 2-1 in the 33rd round of games this weekend without never really getting out of second gear.

They certainly never reached the performance levels they did in last week’s Champions League triumph against Manchester United, though credit should go to Real Sociedad for putting up a spirited fight.

They defended well in the first half, holding Barcelona at bay until the 44th minute when central defender Clement Lenglet got a head to the ball to put Barca into the lead.

Real Sociedad didn’t let their heads drop and equalised in the 62nd minute when Juanmi netted the ball following a slide-rule pass from Mikel Merino.

It didn’t take long for Barca to retake the lead though. Jordi Alba shot home almost immediately, although the VAR was used to make sure Ousmane Dembele had not obstructed the view of visiting keeper Geronimo Rulli. Real Sociedad pressed for an equaliser in the closing minutes, but Barca held on for the win.

Thomas Lemar scored a late winner as Atletico Madrid kept their hold on second place away to Eibar but are a distant nine points behind Barca.

Zinedine Zidane gave defender Jesus Vallejo his first chance in the side since replacing Santiago Solari as coach of Real and the youngster grabbed it with both hands with a calm performance.

Sevilla suffered a blow in their bid to claim a top four place when they lost 3-0 away to high flyers Getafe.

Sevilla had started the match one point ahead of the Madrid side, but two disputed handball penalty decisions by referee Mateu Lahoz undid them. The second decision also saw Sevilla defender Sergio Escudero given a second yellow card, though the ball clearly rebounded onto his arm off his head.

The first penalty was put away by Jaime Mata and Jorge Molina sank the second as well as scoring the final goal early in the second half.

At the bottom of the table Iago Aspas scored the first goal as Celta Vigo inched towards safety with a  2-1 win at home to Girona.

Girona equalised through Portu after 48 minutes but Sofiane Boufal’s restored the lead in the 69th minute.

The result say them pull away from third-from-bottom Valladolid, who drew 2-2 away to Alaves on Friday night.

Goals from Carlos Bacca and Karl Toto Ekambi gave Villareal a 2-1 win at home to Leganes, easing their relegation fears.

Levante came back from behind twice at home to Espanyol to claim what could be a valuable point, despite having Ruben Rochina red carded with 15 minutes still on the clock.

A 0-0 draw between the two bottom clubs Rayo Vallecano drew and Huesca left both teams closer to relegation.