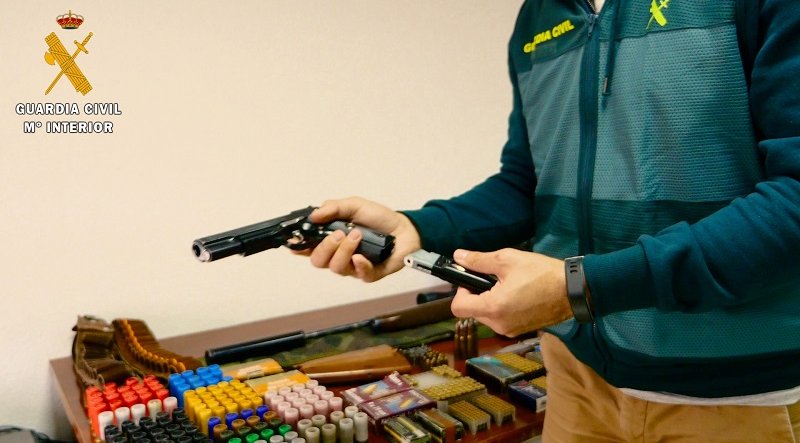 REPORTS of making death threats against an ex-girlfriend led to the arrest of a Roquetas de Mar man on illegal arms possession and gender-based violence charges.

Guardia Civil launched an investigation into M.M. after his former partner claimed he had threatened to kill her while she was dropping her daughter off at school. She also claimed he had made similar threats on previous occasions, wielding a gun he usually carried.

The investigations revealed the 51-year old suspect had a criminal record for violence, illegal ownership of weapons and a robbery in Castalla in Alicante along with two accomplices. The thieves gagged the victims and hit one on the head with a gun before making off with cash, jewellery and four long-barrelled firearms.

The Guardia set up protection for the woman while looking for M.M. and waiting on legal authorisation to carry out searches. Plain clothes officers caught up with him in a Roquetas supermarket car-park.

Officers narrowed down possible locations where the detainee had hidden illegal weapons to a Roquetas pub. An exhaustive search of the premises led to the discovery of a rifle with the serial number filed off, an air pistol, a silencer, walkie-talkies and a large amount of ammunition stashed behind a false ceiling.

A court in Roquetas ruled the suspect should be held in prison without bail.