Wild boars and dog rescued from abandoned well in Almeria 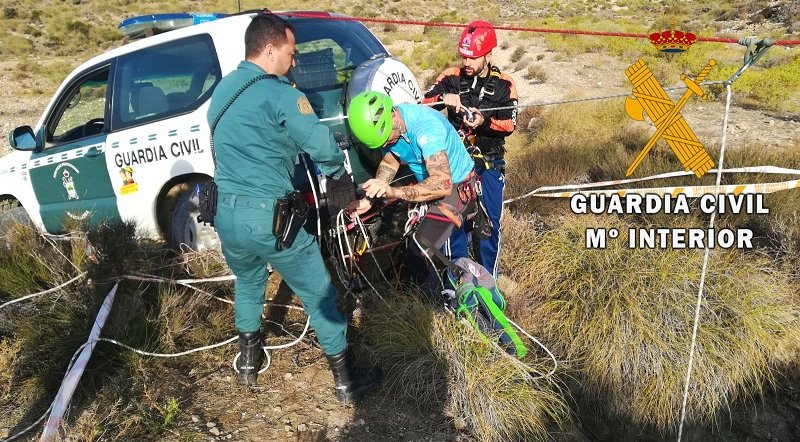 THERE was a happy ending for four wild boar and Paco the Pincher dog after they fell into an abandoned well in Nijar.

The five animals all survived the traumatic experience unscathed thanks to a successful rescue operation.

It was Paco’s owners, who after running some three kilometres to get help, first alerted the Guardia Civil that their seven-year old pooch had tumbled 10 metres down into the dried out well 400 metres from Playa Carnaje beach in the Cerro Lobos area, and that they thought there were other animals down there too.

Officers hurried to the scene and confirmed there were also four wild boar at the bottom of the well shaft, one of them just a baby, and that all the animals were in a state of some distress.

By this time Civil Protection volunteers and Junta de Andalucia Environment agents were also on hand. The decision was taken to get the Pincher out first. A member of Civil Protection was lowered down the 2.5-metre diameter shaft and managed to scoop up Paco and return him safe and sound to his enormously relieved owners.

Getting the wild boar out was more complicated. After cordoning off the area, the rescue party put together a mechanism which with the contribution of the necessary materials and technical personnel from the Solo Vertical – Mountain Guides association allowed them to simultaneously scale down the side of the well shaft, get hold of the boar with a lasso on a pole and get them to the surface. The animals were then immediately released.

Guardia Civil have now filed a complaint against the owner of the land where the abandoned well is located for failing to clearly signpost a dangerous excavation or take action to cover it to prevent people or animals from accidentally falling in.