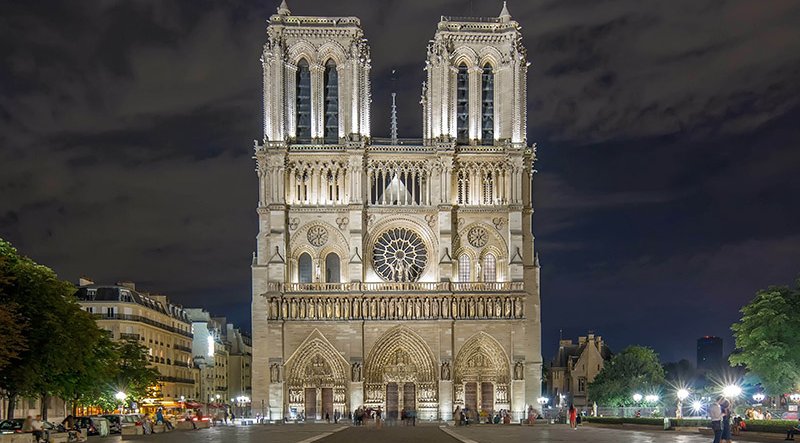 I too, was shocked and saddened by the terrible devastation of Notre Dame in Paris last week.  At the time of writing, no group has claimed responsibility and no blame yet been apportioned.

‘Appears to be accidental’ is a phrase being bandied about. This reaction being the usual, ‘petrified to offend anyone’ attitude, that complacent European Christians seem to adopt with almost any atrocity that isn’t actually followed by a ‘we are responsible,’ sign, emblazoned in sky writing above their heads!

However, before I am once again accused of some kind of phobia or another, let me run a few facts by you. In 2016 three females, with radical ties to Islam, were arrested in a street adjacent to Notre Dame; along with a lorry containing six gas cylinders and Arabic propaganda papers. In the violence that ensued, two police officers were injured with one being stabbed in the chest. After the incident police declared they were ‘in a race against time’ before a major terrorist attack took place.

Also in that year a Catholic priest was murdered by ‘two soldiers’ of a group calling themselves Islamic State (ISLE). Last year, in France there were 873 reported attacks on Christian churches and 1,063 anti-Christian acts. Bearing all these facts in mind, quite frankly, if this Notre Dame disaster is put down to coincidence, then I truly do give up.

Just to drive my point home. As I write, reports are coming in from Sri Lanka of seven explosions, targeting six churches and hotels, which have killed nearly three hundred people and injured hundreds more. And all of these recent atrocities are occurring during one of the most sacred Christian periods of the year.

Here are a few more facts for the disbelieving snowflakes and ‘infidels’. Over the last few years, all across Europe, there have been thousands of attacks on Christian artifacts and holy shrines. This year, in March alone, four churches in Germany were vandalized or torched.

And still the silence from the authorities is deafening! Don’t take my word for this cowardly inaction. Cast an eye over a report last week on PI – News, a German news site.

I quote. ‘Hardly anyone writes about the increasing attacks on Christian symbols. There is an eloquent silence in both France and Germany about the scandal of the desecrations and the origin of the perpetrators. Not a word or even the slightest hint that could in any way lead to the suspicion of immigrants. It is not the perpetrators who are in danger of being ostracized, but those who dare to associate the desecration of Christian symbols with immigrant imports. They are instead, accused of hatred, hate speech and racism’. Unquote.

Well, be that as it may, I am utterly convinced that unless the authorities get some bottle and at least publically recognise the problems of increasing ‘Christianophobia’, some form of right wing ‘tit for tat’ will begin to occur. And then we will surely need heaven to help us all.