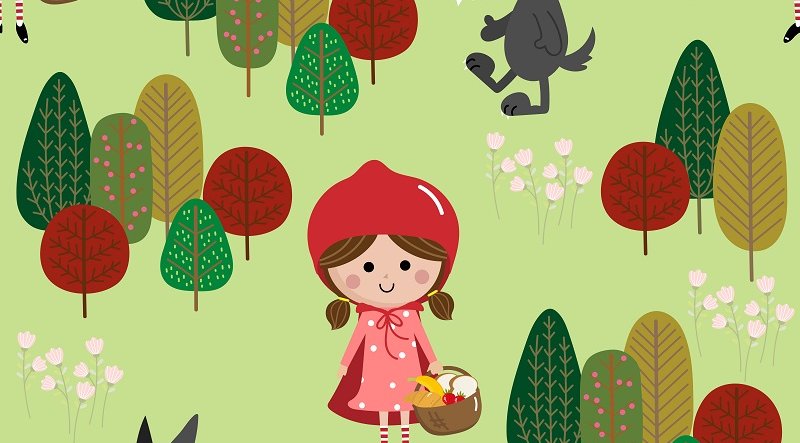 The tale Little Red Riding Hood has removed it for being sexist. CREDIT: Shutterstock

NEWS that a Barcelona school has removed “Little Red Riding Hood” and “Sleeping Beauty” for being sexist got me thinking fairy tales won’t survive in the UK either in their current form. Not unless they can prove they’re ultra PC…

Take, for instance, Little Red Riding Hood (Red to her Trans co-workers) who, you’ll recall, lives with her homemaker mother near a wood full of protected plants. One day, her mother asks her to take some organically-grown fruit to Grandma.

RED: “Aren’t you oppressing me by ordering me like this?” “No,” Mother replies. “It’s impossible for women to oppress each other since all women are equally oppressed until all women are free.”

On her way to Grandma’s, RED is challenged by the Wolf. Warned never to talk to strangers, she nevertheless replies confidently: “I’m taking Grandma some healthful snacks as a gesture of solidarity.”

“You know, my dear, it isn’t safe for a little girl alone in these woods.” RED replies angrily: “Your sexist remark is extremely offensive but I’ll ignore it because of your traditional status as an outcast from society!”

Meanwhile the Wolf rushes ahead, eats Grandma and, uninhibited by traditional gender roles, dons Grandma’s nightclothes and awaits RED. “Grandma, here are some cruelty-free snacks and GM flowers too!” The Wolf replies sweetly: “Come closer, so that I might see you.” “Goodness! Grandma, what big eyes you have!” “You forget, child, I’m optically challenged…”

At that moment, a gender-neutral Woodchopper rushes in with an axe and decapitates RED. “Hands off the wolf, that endangered species, Trans-sister! This is a RSPCA sting!”

“Thank God you arrived in time,” gasps the Wolf. “That brat and her grandmother lured me in here. Thought I was a goner!”

“No, I’m the real victim here,” replies the Woodchopper. “I’ve been dealing with my frustration ever since I saw her picking those protected flowers. And now I’m so depressed, what with Brexit too! Do you have any Prozac?”

“Sure! And how I feel your pain!” replies the Wolf with a belch. “But do you have any Alka-Seltzer?”

Nora Johnson’s psychological crime thrillers ‘Betrayal’, ‘The Girl in the Woods’, ‘The Girl in the Red Dress’, ‘No Way Back’, ‘Landscape of Lies’, ‘Retribution’, ‘Soul Stealer’, ‘The De Clerambault Code’ (www.nora-johnson.net) available from Amazon in paperback/eBook (€0.99;£0.99) and iBookstore.All profits to Costa del Sol Cudeca cancer charity