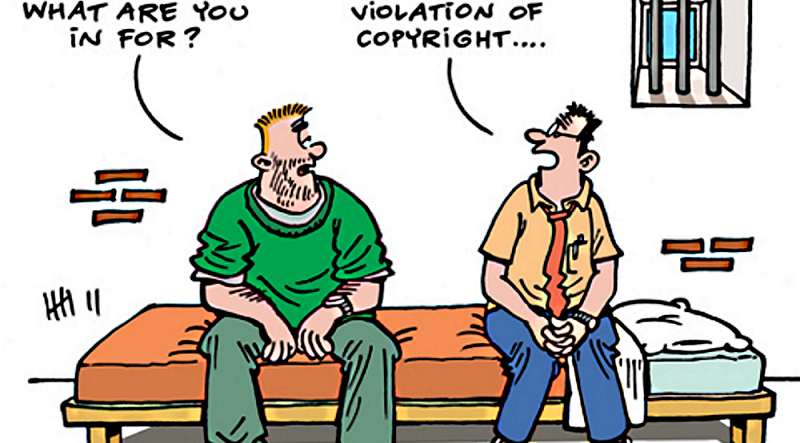 A NEW law may reshape our Internet, warns Terence Kennedy
IT’S official: I have knowingly participated in a criminal act. I just watched a classic eighties track on YouTube. Would you mind stepping this way sir?
Dunno about you, but I’ve been so all-consumed observing Britain wage war with itself, that one of Europe’s most momentous online rulings almost passed me by: the approval by a narrow margin in March, of the EU’s highly-contentious Copyright Directive.
Does it matter to us? You betcha, given that at a stroke, hordes of the videos we watch, every news snippet we read on a third-party site, even your photos taken at a sports match and posted to social media, could suddenly become prosecutable once individual states implement the directive.
Many and varied are the directive’s tentacles, but the most controversial are Articles 13 and 11.
In short, they decree that any site hosting copyrighted material without paying is in breach of the law and can be fined several squillion euros. Here’s lookin’ at you YouTube, Twitter and Facebook just for starters.
All those millions (literally) of music videos posted by kind-hearted folks wanting to share the love? Illegal now unless approved by their actual copyright-holders. And there’s the rub.
Some 300 hours of video are posted to YouTube every minute. Say half contain copyrighted material, i.e. stuff which doesn’t actually belong to the person posting it. Exactly how is YouTube supposed to police this? With vast fleets of human checkers (impossible given the volume), or automated filters which suffer one slight difficulty: they don’t exist to that degree of sophistication, and probably can’t.
But wait, it gets worse.
Get your news from anywhere but its actual originators (e.g. the BBC, Guardian, New York Times or the like) and it’s illegal if your third-party site of choice quotes the originating media without payment.
Germany and Spain both discovered this to be A Seriously Bad Idea in their own local attempts to curb ‘news aggregators’ a while back. When Google News refused to pay for quoting their stories, German publishers ultimately caved as referral traffic to their sites dropped like a stone. A similar attempt in Spain saw Google shut down its News site entirely.
It’s another fine mess, warn vocal opponents such as the man behind Wikipedia, Jimmy Wales, and the inventor of the internet, Sir Tim Berners-Lee: the new laws will be catastrophic, constraining use of the internet, encouraging a surveillance society but doing little in practical terms to actually help the ‘content creators’.
In the meantime, where did I put my eye-patch, peg-leg and shoulder-parrot?
Copyrights and wrongs
ARTICLE 13 threatens to shut down the ability of millions of people – from creators to everyday users – to upload content to platforms like YouTube, says its CEO. She believes it will threaten hundreds of thousands of jobs, European creators, businesses, artists and everyone they employ.
Deciding who owns what promises to be a bonanza for lawyers. And the unintended consequences are legend. Do you own the rights to a smartphone video filmed at a concert for instance, or does the artiste?
Post a picture of a football match on social media and you could be in contravention of any sole-rights broadcast agreement a media organisation may hold. Spoof a popular music video and Mr Plod could come knocking.
And you thought Brexit was a mess?