The day I took a shine to cowboy boots 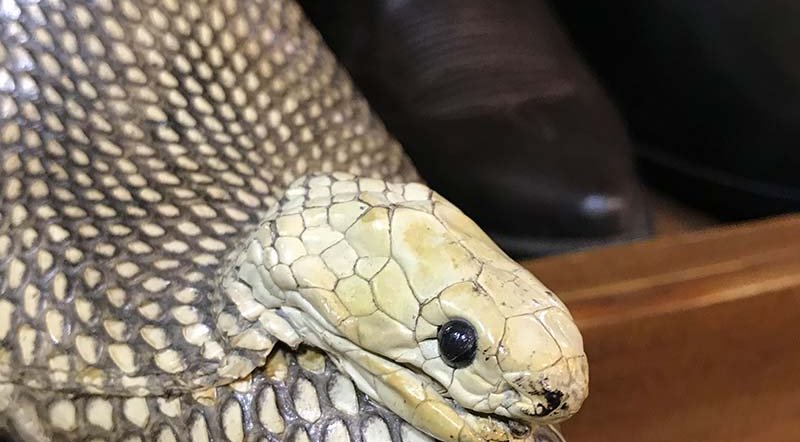 WHEN I arrived in Dallas in the 1980s for a series of business meetings the first thing I noticed about the executive who met me at the airport were his beautifully crafted black cowboy boots, which blended in perfectly with his expensive suit.

‘Wow,’ I exclaimed ‘I wish I could wear boots like yours, but I have trouble enough with conventional footwear, and I think those would crucify my feet.’

I explained that I suffered from bunions, and virtually all my shoes put painful pressure on my instep and I could only walk short distances before experiencing excruciating pain.

‘Well,’ the guy replied. ‘I had similar problems, but they vanished virtually overnight after I bought my first pair of boots. Why not try a pair?’

A day later he took me to a magnificent boot emporium where an assistant measured my feet, and produced an array of styles he reckoned would suit me. The pair I totally fell in love with fitted like a second skin, and all the problems I had with my feet melted away within days.

From that day on, I have worn nothing but cowboy boots, for both formal and informal occasions and my feet are in perfect shape.

Now here’s a thing about well-made boots: they don’t come cheap, but they practically last forever if you take good care of them, and regularly have them resoled and re-heeled. The pair I bought in Dallas lasted over 20 years.

Now what got me onto the subject of boots is that, while rummaging around a shelf of biker boots in a second-hand store last week, I came across a fabulous pair of cowboy boots, barely worn, that were not only my size, but were a snip at €15.00. Made by top Spanish company, Sendra, I grabbed my bargain and immediately headed to a nearby leather retailer that specialises in the brand. I was curious to see how much they would have cost new. The cheapest pair they had was €295.00.

But while I was admiring their range, I came across a pair that I wouldn’t be seen dead in: a snakeskin creation with the snake’s head on each pointed toe. They had a €500.00 price tag! Far more tasteful, but considerably pricier, were boots made of stingray skin. These come in at around €1,000.00, and should I ever be lucky enough to win the lottery, I’ll get myself a top-of-the-range pair.

Incidentally, the health benefits of cowboy books were spelled out in a 2018 American article which quoted an orthopaedic surgeon, Brady Rhodes, ‘who wears his boots as easily as Carrie Bradshaw wore her Christian Louboutins in Sex and the City’.

‘I wear them all the time,’ says Rhodes, a specialist in foot and ankle surgery. The article said surgeons like Rhodes advise their clients to wear cowboy boots because they give one a built-in heel lift, which reduces stress on the Achilles tendon. Rhodes also likes the soles of cowboy boots which have a rigid metal shank from end to end for solid support.

So, the next time you see someone wearing cowboy boots, don’t assume they’re being ostentatious or flamboyant – unless their boots have a reptile’s head attached.