Valium for the ears? 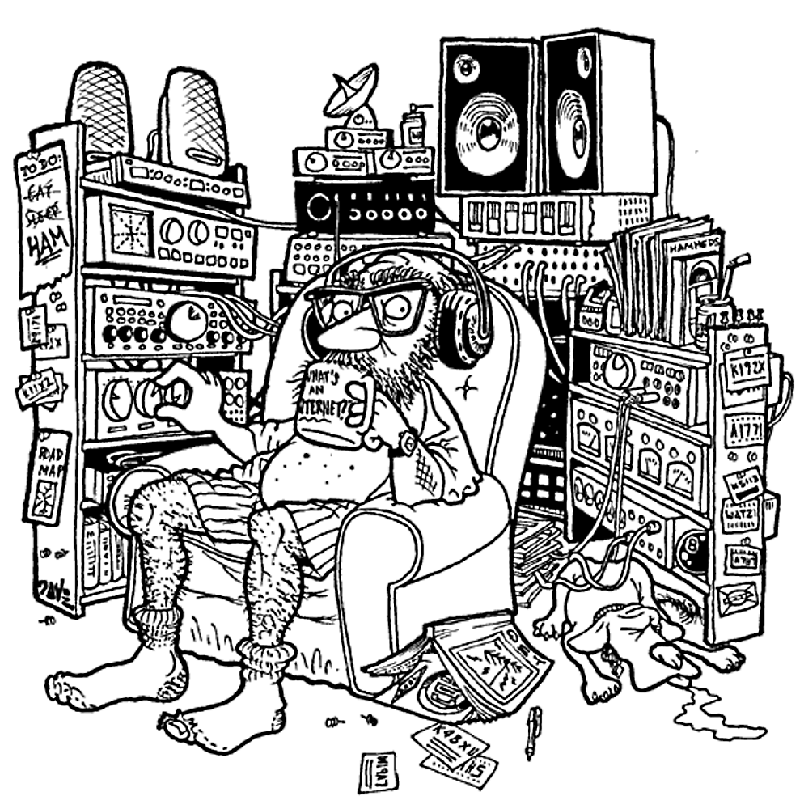 Radio is still going strong after 125 years, salutes Terence Kennedy
REMEMBER that classic Tony Hancock ‘Radio Ham’ sketch, where his new receiver suddenly picks up a distressed ‘Mayday’ call?
‘Mayday? What’s he on about, Mayday, that was weeks ago, it’s June.’
The saddest sight at a recent country fair was a tent of tenacious old codgers trying to interest the young in their amateur radio hobby. Teenagers couldn’t believe that anyone would take all that trouble to talk to someone on-air, when all you need now is a click of the mouse.
Buy a simple internet radio and according to one sales blurb, 100,000 stations are at your fingertips. Though sadly it’s a bit like everybody’s favourite TV whinge these days: so many channels, so little to watch.
But lurking amidst the many wallpaper stations which clutter the net there are still gems to be found. And what other medium lets us get on with vital everyday duties like stocktaking one-cent coins in the holiday fund jar, or microwave-drying the rain-soaked cat (don’t!), while still exercising our intellect with news from The Voice of Laryngitis (I kid you not, I found it on the internet the other day).
Despite years of predictions, rumours of radio’s death have been greatly exaggerated. The snap, crackle and pop of international shortwave wireless may indeed be heading for history (unless you still need the estimable BBC World Service in Africa), but radio is reinventing itself with a technological vigour guaranteeing its existence far into this century.
Could radio listening even be too easy now?
Writing from the future, the Douglas Adams classic Hitchhikers’ Guide to the Galaxy recalls the issue of tuning-in: ‘As radio technology became more sophisticated the controls were made touch sensitive; you merely had to brush the panels with your fingers. Now all you have to do is wave your hand in the general direction of the components and hope. It saves a lot of muscular expenditure of course, but means that you have to sit infuriatingly still if you want to keep listening to the same programme…’
These days we’re pretty blasé about our radio. We’re unlikely to see a repeat of the infamous episode of 1938, when Orson Welles sent hundreds of Americans rushing out into the streets in blind panic during his radio-theatre production of H. G. Wells’ War of the Worlds – stampeded by the fictitious news bulletin announcing the arrival of Martians in New Jersey.
Television was supposed to kill radio. It didn’t. Phones were supposed to kill conversation. They haven’t. Now satellite and the internet are supposed to kill radio. Trust me, they won’t.
Super bloopers
LIVE radio is so gloriously fallible. Take this famous gaffe from an Irish request programme:
‘Now we have a very special greeting,’ the announcer gushed. ‘This next request is for Patrick O’Flanagan, who is, just imagine it, one hundred and eleven today! Oh, no, I beg your pardon, he’s ill…’
Saudi Arabian radio listeners were intrigued at being told there would be no weather for the next 24 hours. Turned out the Met Office was closed.
Radio Zambia once managed to announce that ‘The time is now six o’clock Greenwich. Meantime here is the news.’
My all-time favourite on-air clanger also comes from that accident-prone Radio Zambia. Armed with the scores from Britain’s Premier League football, the Saturday sports presenter announced: ‘Here are the English Facup results…’