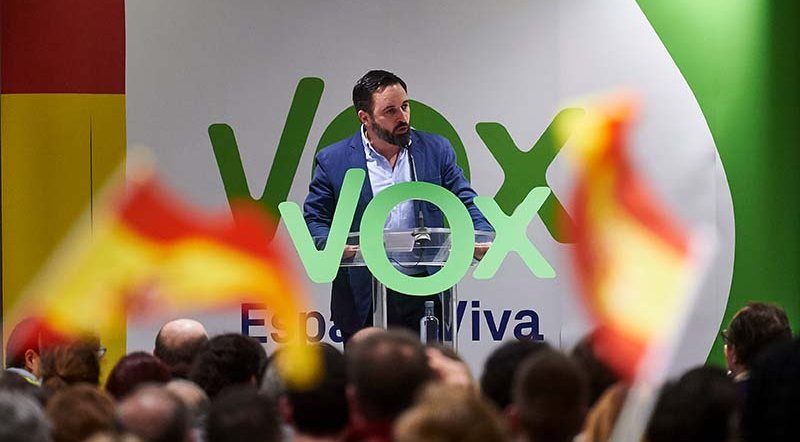 POLITICIANS and the politically-inclined nervously await the results of the May 26 regional and municipal elections.

The general election results were encouraging for Pedro Sanchez and the PSOE because despite lacking an overall majority, there was no danger of a repetition of Andalucia’s three-way alliance between the PP, Cs and Vox.

What no-one can predict is whether or not this could still happen in the local and regional polls on Sunday week.

Because of this, all the party leaders are waiting until the night of May 26 before deciding which way the wind is blowing and how they will swing at Sanchez’s investiture.

Irrational, though, that the next government could be conditioned not by ideology but local feuds, vendettas, bloodlines, resentments and elephant-sized memories.

VOX politicians, whose own democratic credentials would not always bear close inspection, questioned the probity of the general election count-up.

They demanded recounts all over Spain “so that there is true transparency between how the Spanish voted and their real representation in parliament.”

Although the party headed by Santiago Abascal obtained 24 seats in the general election this was half or even a third of what the ultra-Right Partido Popular breakaways and some of the pundits expected.

Instead of accepting the results, which were pretty good for a party entering parliament for the first time, Vox is questioning them.

This prompts the sobering thought that if they’re such bad losers, what on earth would they have been like as winners?

DON’T count on me, Albert Rivera told Pedro Sanchez during the president-elect’s round of talks with the other parties.

No doubt Sanchez wasn’t going to, not after Rivera vetoed any post-election agreement before the campaign began and the Ciudadanos leader vowed to remove Sanchez from the Moncloa.

Pablo Casado will tell him to rule out Partido Popular help too, which hardly comes as a surprise.

No-one is going to help Sanchez from the kindness of their hearts and that includes Pablo Iglesias who initially weighed in with demands for ministries in exchange for his 42 seats.

The Basque nationalists should help out, plus odds and sods from Compromis, and others.  Crucially, Sanchez could make it back to the Moncloa and the numbers might add up if the legal eagles decide that three Junts per Catalunya MPs elected to the national parliament who are currently remanded cannot take up their seats for the investiture.

Could be that the Catalan imbroglio and the implacable separatists could finally bring help when and where least expected.

PABLO CASADO has been heard referring to the voter as “el jefe” which is how Mercadona’s president Juan Roig refers to clients.

That’s Casado for you, pinching other people’s ideas, although after nine months as PP leader it looks unlikely that he’ll ever be as successful as Roig and his supermarket chain.