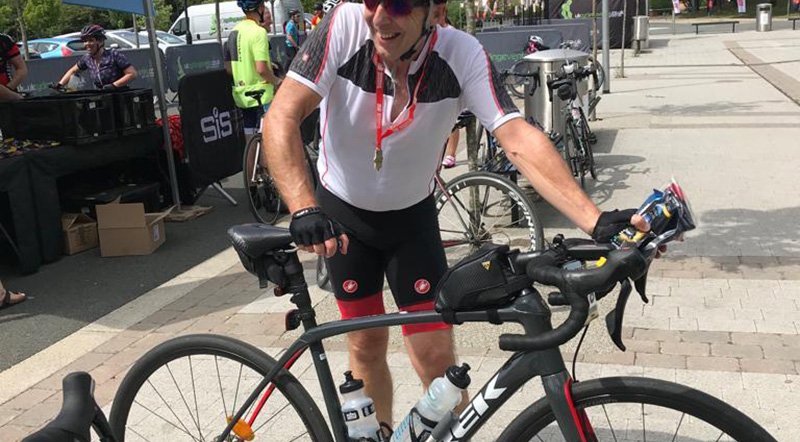 LANCASTRIAN Ian Hunter is heading for his Mojacar holiday apartment the difficult way.

The 64-year old is taking on the mammoth challenge of cycling the 1,500 miles from Morecambe to the Costa Almeria to raise funds for Cancer Research UK after losing his mum Joyce to the disease last year.

Ian is due to set off next Thursday May 23, and is aiming to make it to Mojacar by mid-June. His goal is to raise £5,000 for the cancer charity.

What makes Ian’s endeavour especially impressive is that he is a relative newcomer to cycling, only taking up the sport after a health scare.

“I first squeezed myself into Lycra for the first time in 2017”, Ian told the Euro Weekly News.

“After having a mini stroke in 2016, I decided my health needed my attention, so I got on a bike.

“I took part in my first sportive, the West Coast Classic, then the York 100 and the Cumbrian Cracker Exhilarating. I accomplished distances I never thought possible and I’m well and truly bitten by the cycling bug!”

When Ian’s mother passed away he wanted to honour her in some way and raise money for Cancer Research UK at the same time. So the idea of the M2M1500 cycle challenge was born.

Ian has owned a holiday home in Mojacar since 2005. His late mum visited him on the Costa Almeria many times and was planning to make one last visit. Sadly that never happened.

Ian will now pedal from Morecambe to Mojacar in her memory, setting himself the target of covering the distance in three weeks.

“I’ve had to train very hard to get to a level of fitness to enable me to face this challenge and the demands it will place on my body”, Ian told EWN.

“I’m ready to get started now!”

“We are absolutely delighted that Ian has decided to attempt such a great challenge to raise money for Cancer Research UK, commented the charity’s local fundraising manager for Lancaster, Vikki Bassek.

“He has being doing lots of preparation and we’re sure he is going to have an amazing experience. We can’t thank him enough and want to wish him all the very best.”

Vikki added: “Cancer Research UK has made enormous progress in the fight against cancer. However, we have only been able to do this thanks to the dedication and commitment of volunteers and supporters like Ian without whom we would not be able to fund our life-saving work.”

To sponsor Ian’s efforts to help the charity see www.justgiving.com/fundraising/m2m1500.