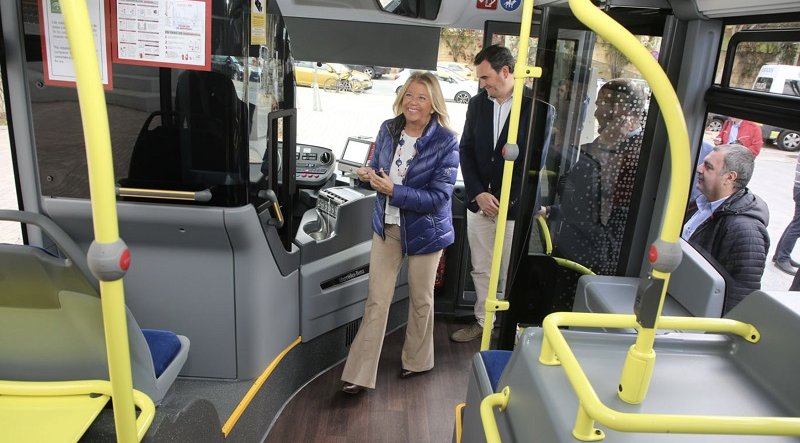 FREE BUSES: As part of the incentives.

BY the time this column goes to print we will have just celebrated our 4th international community get-together #UNMS2019.  At the time of writing this column we’ve already reached our 150 registrations with more coming in “as we speak”. I can’t wait to tell those of you who couldn’t make it how it went! Fingers crossed J

Hopefully by next week we’ll have had the time to process what went on, but in the meanwhile I’d like to share very positive news that directly relates to concerns and incentives that have arisen each year relating to affordable options for getting around the city.

To complement our free drinks for the designated driver, our #zerohero incentive and Linea Directa offering free taxis up to four times a month for policy holders, the Town Hall of Marbella is now offering free buses!

As of May 1, 2019, if you are on the Padron, the local Town census (a very simple document which you attain at no cost and with no change to your existing tax status) you can now sign up to obtain your “bus pass” which allows free use of the urban transport service.

Councillor for Transport, Felix Romero, said over 30,000 applications have been received, some 24,000 in Marbella and 7,000 in San Pedro de Alcántara. He also commented that it is a great satisfaction on the part of the City Council not only to take forward an idea that seemed novel and has had a great reception, but also going to suppose an extraordinary income for the City Council..”.

The mayor, Angeles Muñoz said that the second objective pursued by the initiative has also been achieved: to increase the number of registered voters. Another fundamental fact that is that in February and March, the months in which the application began, more than 2,200 people signed up to the Padron which supposes more than half a million euros of benefits for Marbella from the central government.

The only requirement to pick up the transport card is to present the DNI, passport or NIE.

There are so many great things going on but telling everyone about them is a challenge, hence making our grapevine incentive more important every year, but one of the hardest to get going.

For links to my column #MarbellaMoments in the EWN, Mi Marbella 107.6 fm and Marbella Now TV www.rtvmarbellanow.com

See you next week, hugs and happiness