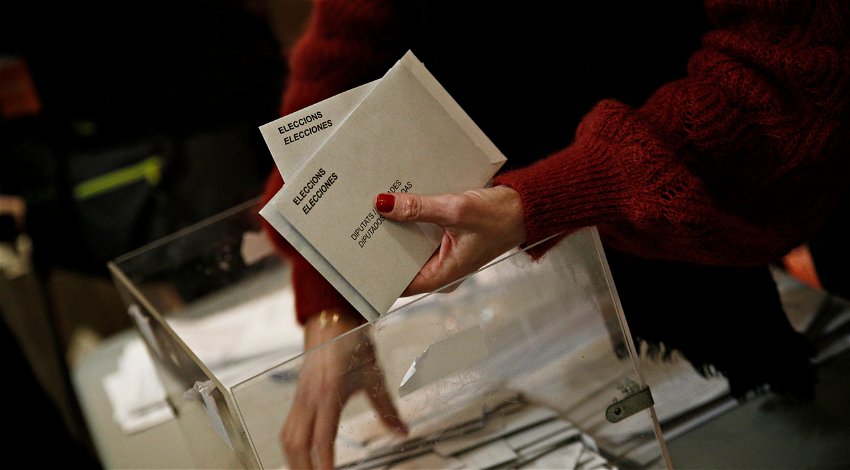 THE centre-right Partido Popular (PP) won the most votes in Sunday’s municipal elections in Almeria and remains the governing force in the provincial council, despite the left-leaning Partido Socialista (PSOE) winning more councillors overall than any other party in the province.
The most up-to-date results show PP won 41.26 per cent of the total votes cast at provincial level, translating into 413 councillors. The party came first in big municipalities, including Almeria City, Roquetas de Mar and Huercal-Overa. PP also won in Mojacar, Macael, Olula del Rio, Oria, Pulpi, Vera, Turre and Adra.
PSOE polled 36.53 per cent of the vote overall, which gives it 439 councillors. It was the most voted for party in Arboleas, Antas, Bedar, Cantoria, Chirivel, Cuevas del Almanzora, Garrucha, Nijar and Zurgena
The new far-right Vox party will have representation on the provincial government for the first time, with two deputies, after gaining nearly 7.27 per cent of the provincial vote. This put the party in fourth position overall, but Vox emerged the second biggest political force in El Ejido, behind PP.
The centre to centre-right Ciudadanos just pipped Vox to third position at provincial level, with 7.29 per cent. It was the most voted for party in Los Gallardos.
In Albox, the UCIN (Union of Independent Citizens) won an absolute majority.
In all, 62.62 per cent of the electorate in the province’s 103 municipalities voted this time around, up from 60.59 per cent in 2015.
PSOE was the most voted for party in the province in the poll for the European Parliament, also on Sunday, pushing PP into second position.
PSOE took 35.31 per cent of the vote in the European election, up from 32.89 per cent in 2014. PP gained a 30.41 per cent share, down from 35.11 per cent last time.
Ciudadanos came third, with 12.14 per cent of the vote, and Vox came fourth, with 11.17 per cent. The far left Podemos-IU was some distance behind, taking just 6.63 per cent.
Voter turnout in the province in the European election was 61.38 per cent.