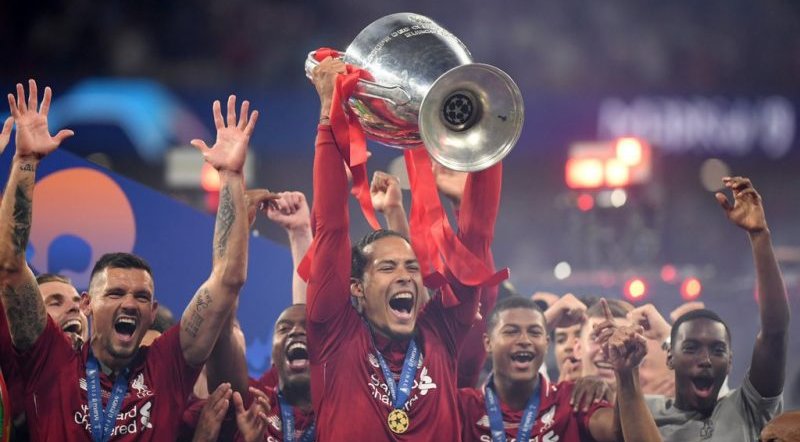 IN what was a disappointing game in terms of the quality of football played, the light shone brightly in one player in the Champions League final, according to the Spanish press.

This was Liverpool’s Dutch centre half Virgil van Dijk, many of whom have tipped him to buck the Messi/Ronaldo trend and tipped him for the coveted Ballon d’Or. Marca called the Dutchman ‘His Majesty’ and praised him as a ‘force of nature’, not just in his side’s 2-0 win over Tottenham in Madrid’s Wanda Metropolitano stadium, but also for the entire Champions League campaign.

The also praised Mo Salah for his grit in bouncing back from his final heartbreak in 2018 when a bad tackle from Real Madrid’s Sergio Ramos not only forced him out of the match after 20 minutes but severely affected his World Cup campaign with Egypt.

Diario AS asked: “Is it crazy to suggest the next Ballon d’Or winner could be a defender?

“All bets will be on Messi, but Salah, Mane and Van Dijk should all be candidates and the defender has been the best player in the Premier League, won the Champions League and still has the Nations League final four to come.”

Marca referred to van Dijk as “His majesty”, saying: “He got to everything, via land, air or sea. A force of nature.

“The Dutchman’s game was worth framing and putting in the Anfield tunnel. He read danger well, was majestic in the air and good on the ball. Tottenham found themselves up against a giant.”

On the match itself Liverpool had the perfect start when Salah slotted home a second minute penalty after Moussa Sissoko’s controversial handball.

The Reds’ fans had to wait until the 87th minute for their side’s second goal, when the ball fell to substitute Divock Origi who smashed home a fine left-footed finish.

In between, Tottenham had the best if the match, but looked toothless with barely a chance until the final few minutes of the game.

It was Liverpool’s sixth Champions League/European Cup triumph and was the fulfilment of manager Jurgen Klopp’s promise to bring back to Anfield a major trophy within four years.