Gearing up for biggest bash of the year 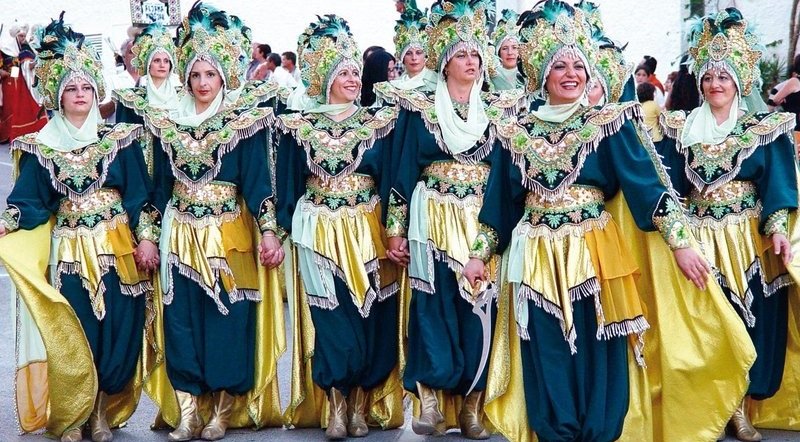 MOJACAR is all set to celebrate the municipality’s biggest event of the year.

The Moors and Christians fiesta will be impossible to ignore this weekend as local residents and visitors enthusiastically get into the party swing, and the sound of musket fire and strident music echo round the municipality.

Moorish and Christian encampments are set up in the village, where there will be a medieval market.

All this week school children at the village’s Bartolome Flores school have been learning about Moors and Christians-related subjects like shields and medieval costume-making through activities and educational workshops. Tomorrow (Friday) the children will parade from the school up to the Plaza Nueva, followed by the fiesta’s opening ceremony.

Events really get going at 9.30pm with the Moorish king’s symbolic handing over of the key to the town to the Christian king at the public fountain, followed by troops marching up to the village. Expect loud music, salvos of gunfire, fireworks and all-night merrymaking.

On Saturday afternoon the action moves down to the Lance beach in front of the Pueblo Indalo, where there will be a medieval encampment from 9am to 9pm offering free workshops. There will be much firing of blunderbusses, a display of horsemanship and jousting for scarfs. This will be followed by a march of troops to the Red Cross, with dancing and a fire show before more partying until dawn in the village.

Moorish and Christian fusiliers will be making a noise by the Las Ventanicas beach midday on Sunday.

The grand procession on Sunday evening brings events to a spectacular close. Locals in their full festival finery will parade in grand style down the hill from the main village square to the public fountain accompanied by marching bands.

Mojacar has been staging its annual Moors and Christians celebrations for three decades, over which time it has grown into a major event attracting visitors from all over Almeria and beyond and has gained Andalucia Tourist Interest recognition.