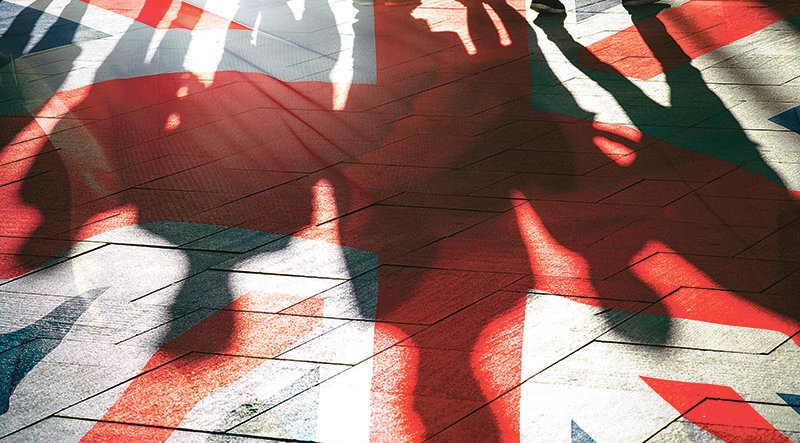 PATRIOTIC: “This country (Spain) has been good to me… I am proud of my heritage.”

I TRULY am becoming heartily peeved with people writing to remind me that I am ‘also an immigrant.’ Usually these informants are new readers and, although I am delighted to welcome them to my scribbles, it also means they have not read a number of my past columns in which I have more than covered this particular subject.

So to all the wags who still think they are being clever, and occasionally quite nasty in their observations, I am completely aware that I am ‘also an immigrant.’ I am actually quite a proud immigrant. Many years ago, due to personal reasons (well chronicled in my books), I left the UK and, after some years in the Middle East, moved to Spain where I have resided for the last 35 years. This country has been good to me.

It has educated four of my children, two of which have married Spanish locals, and my knowledge of the language is moderately passable. I originally brought some £50,000 into the country (which in 1983 was no small sum!) and, through unfortunate timing and various business ventures, managed to lose most of it over the next two or three years.

During my time here, I have integrated to the best of my ability, helped support the local tourist industry and earned myself a Spanish pension. Although politically minded, I have never seriously involved myself in Spanish politics or tried to interfere with their culture or the running of the country. I feel that as an immigrant I have two choices. Stay and accept all that my host country has to offer, or leave!

Through it all, I have however remained a true British patriot. I am proud of my heritage. Proud also of the fact that both my father and grandfather, laid their lives on the line with millions of others to preserve Britain’s freedom and democracy. I am also disgusted by the way the country of my birth is slowly being brought to its knees by ungrateful foreign spongers, greedy billionaires and dubious immigrants, who take advantage of its hospitality and, under the guise of diversity, would destroy its culture altogether.

I am constantly enraged by deceitful, self-serving politicians, who either have some ulterior motive or are naïve almost beyond belief. I am a staunch Brexiteer. I am firmly convinced that only by ridding ourselves of the yolk of Brussels will our misguided children learn to stand on their own two feet, respect their country and regain the pride and patriotism that inspired the youngsters of yore to fight, and die for what they believed in.

One thing I do try to avoid – although it is sometimes difficult – is hypocrisy. I do always endeavour to practise what I preach. I have nothing against immigration. In fact I believe it can often be a good thing. Providing the visitors retain the same attitude and respect toward their host country as I maintain myself.

Unfortunately the majority of aliens that are pouring into Europe at this time appear to have a different agenda altogether. I am fervently convinced that if our so called leaders don’t wake up soon it will all be too late. Sadly, I fear it already may be.