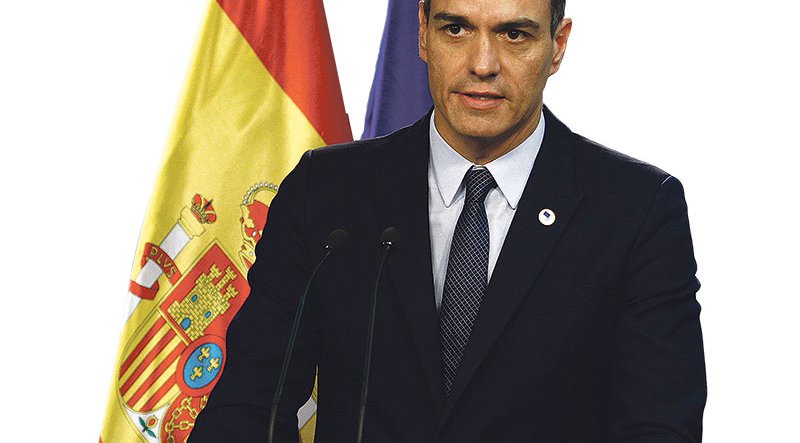 SO the unsayable and the unthinkable have been said and thought.

Pedro Sanchez has hinted that he isn’t ruling out another election.

The Partido Popular and Ciudadanos should shoulder the responsibility of abstaining and ensuring Spain’s governability, he said.

In fact we all know that they aren’t going to do that because politicians here and elsewhere (naming no names but the UK instantly comes to mind) no longer centre their efforts on governability.

Spain needs a government and it needs one that can last four years and the PP, Cs will do everything to ensure that it does not.

And that won’t be because they believe this benefits the population and its welfare but because it furthers their own personal agendas and ambitions.

SHOULD there be another general election, it would be Pablo Iglesias’ responsibility as much as Pablo Casado’s or Albert Rivera’s.

The Podemos supremo should do everything possible to help Sanchez form a government but continues to hint that his 42 seats in the national parliament merit a ministry or two.

Presumably she was referring to the PSOE, but she needs to tell that to Iglesias instead.

DURING the election campaign, Isabel Diaz Ayuso came out with the usual family-sanctifying promises that we’ve all heard from the Partido Popular before.

Unborn children will be reserved school places, that sort of thing.

But she made sense when she said her boss Pablo Casado and MPs from the PP should abstain when Pedro Sanchez makes his investiture bid.

Both pointed out that the PSOE – to the disgust of Pedro Sanchez – enabled Mariano Rajoy to form a government in October 2016 by abstaining.

Both women described facilitating a new socialist government as the lesser of two evils that would stop Sanchez from going over to the dark side ie the Catalan separatist parties.

So what happened?  These days no-one in the PP gets their knickers in a twist over anything that Aguirre says, but the party secretary general Teodoro Garcia Egea immediately responded that the party would not enable a PSOE government.

“We will make it difficult,” Egea promised.

Gone are the times when PP politicians nodded wise and smugly when Rajoy said that the most-voted party was morally entitled to govern.

Obviously, they can’t back that particular horse any more. They know that if they did they’d automatically self-exile themselves from countless municipalities and several regional governments.

Singer, not the song

THE PP’s not-quite-so-bad showing in the regional and local elections has given Pablo Casado fresh wind.

That was because people voted for the candidates – many of whom they were familiar with or knew – not the ideology.  It certainly wasn’t because they suddenly decided they liked him more on May 26 than they did on April 28.