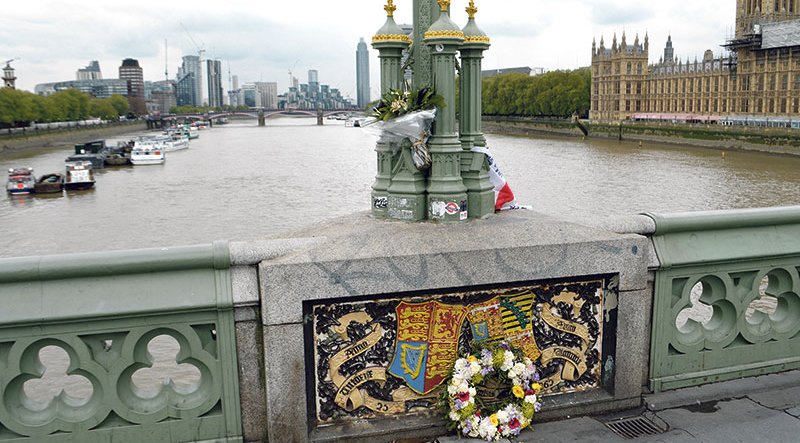 I AM angry. Again. So angry I need to lie down in a dark room and let my heart rate stabilise a bit. Meanwhile, why not flick ahead to the crossword page or go and make that cup of coffee…

Hey, me again. Apologies for the short break but pleased to report the heart rate’s just about stabilised. But why so angry? The reason is what I just read about the inquest into the London Bridge terror attack. How victims of the terrorists were left disastrously in the lurch by paramedics.

Health and Safety legislation has undeniably saved many lives and prevented many serious injuries. But the underlying problem is the threat of lawsuits, the consequent blame culture and closing of ranks when an emergency service worker makes a genuine mistake whilst carrying out his job.

Those criticised for their ‘H&S caution’ will be hamstrung by the innumerable protocols imposed by managers when they started work. In turn, these managers will have been fully apprised of their responsibility towards the organisation to cover its back and avoid running up huge costs from frivolous lawsuits or increased insurance premiums.

Lots of finger pointing, but it all boils down to a failure of leadership. Endemic in police, fire and clearly ambulance service, too.

Now I’m NOT advocating Spain’s, let’s just say, more ‘relaxed’ attitude to health and safety. As witnessed by the opening (and immediate closure) in Estepona of the country’s longest (38-metre) urban slide following injuries with users hurtling down at breakneck speed and flying off the end.

‘How long will it take for a drunk foreign tourist to die on it?’ asked one Estepona Twitter user. Ouch! Miaow! ‘What a fantastic idea this new steep slide between streets is,’ wrote another. ‘Dentists are going to be rubbing their hands together.’

Had this been constructed in the UK, just imagine what the elf ‘n’ safety folk would mandate: extra-long runoff and extra-reinforced guard rails, lollipop ladies to control access PLUS compulsory wearing of protective padded clothing and users signing liability waivers. Again, nuff said…

Nora Johnson’s crime thrillers ‘Betrayal,’ ‘The Girl in the Woods,’ ‘The Girl in the Red Dress,’ ‘No Way Back,’ ‘Landscape of Lies,’ ‘Retribution,’ ‘Soul Stealer,’ ‘The De Clerambault Code’ (www.nora-johnson.net) available from Amazon in paperback/eBook (€0.99;£0.99) and iBookstore. All profits to Costa del Sol Cudeca cancer charity.