A day at the Races 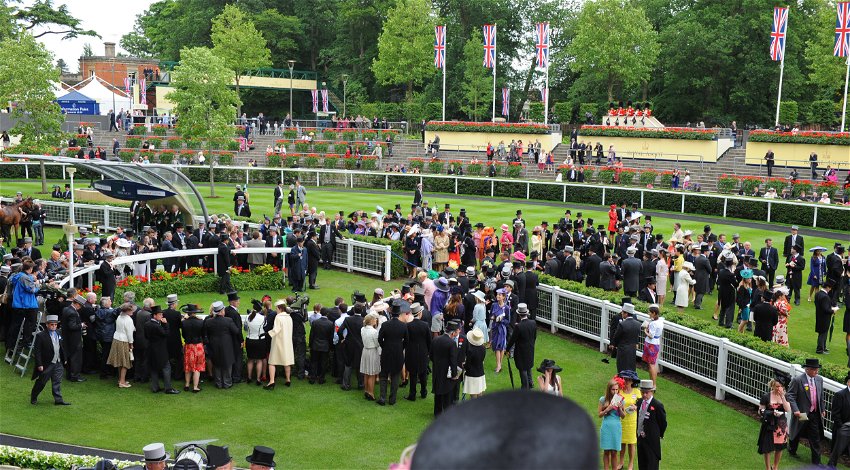 People are united at The Royal Ascot Races Credit: Shutterstock

Its Monday morning and it’s kind of hard to get moving. The past weekend was sunny and the weather hardly challenging on the Costa del Sol. In fact your last week was probably pretty but unremarkable too.

In the UK, last week was rather challenging for some. No doubt you will have chortled at the news from Shropshire and Lincolnshire where the rain has been falling in vast quantities with riverbanks overflowing or bursting and so to inundate the locals. Indeed residents of these English counties were advised not to use their loos at all. Which puzzled me, as their loos were either already under water or were the Authorities more concerned by the threat that locals presented by them perhaps adding to the flooding? Not at all clear to me.

However my heartfelt sympathy was also engaged last week for the folk who were heading to the races. The Royal Ascot Races a horse racing event enjoying the enduring patronage of the Queen whose colours have been worn by upwards of 20 winners over the course of her long reign. Each year some 300,000 attend Royal Ascot and many take enormous care with their turn out.

They have to there is a very strict dress code to which all who wish to attend and not be turned away must pay the closest attention. Ladies commence planning for a great day at the races long before the day itself and usually start with the selection of the hat. There are rules concerning the hat. At the least the base of which must be at least 4 inches in diameter [10 centimetres for the uninitiated]. Woe betide the lady who arrives with what are called ‘Fascinators’ or ‘Alice bands’.

See what the Duchess of Sussex wore on other occasions to get a vision of what not to wear at Ascot. Most hats will be much larger and may even be described as maxi. Having wisely found the hat you may now safely embark on the search for the dress. Guidelines state that you must keep the mid riff covered. No navels to be on show at all. Not negotiable. Nor yet halter neck dresses, they are banned too, though boiler suits are now OK.

Though again they are now known as ‘jumpsuits’ and cost a small fortune if designer led. Just like body warmers have become ‘gilets’ I suppose. You may conclude that Churchill would have been welcome with his habit of wearing such boiler suits? Not so, if he had worn his shoes with no socks. The man himself and boiler suit would be refused entry for showing some ankle. Gentlemen must not show any ankle at all. Meanwhile ladies beware straps on dresses must be at least one inch wide and no part of the undergarment – the bra – may be visible at all.

Having navigated all the pit falls and traps laid for the unwary the big day arrives and you set off for Royal Ascot. It’s been raining rather a lot up North and though Ascot is in the South it’s been raining here too. In fact the average rain fall in Ascot during June is usually 45 mm [one and three quarter inches to the uninitiated] and in the 10 days prior to Royal Ascot 84 mm of rain has fallen on the district surrounding the racecourse [that’s three and a third inches]. So you take account of the weather and the softer going for the horses and take an umbrella. Most of the race goers travel to Ascot by train and you discover they are on strike again with services cut by half.

Still you get in the car and though you feel you need wellington boots the dress code still holds sway. Though here the code does help essentially sensible shoes are encouraged, as are sensible dresses “knee length or longer”. You arrive and you have a great day perhaps even beat the bookies at their game too. Eventually ladies and gentlemen elated and exhausted set off for home. Possibly to do the same the next day as Royal Ascot is on for the rest of the week. As you navigate the week ahead you are now perhaps inspired by these intrepid race goers and will make new and intrepid plans for the coming week.