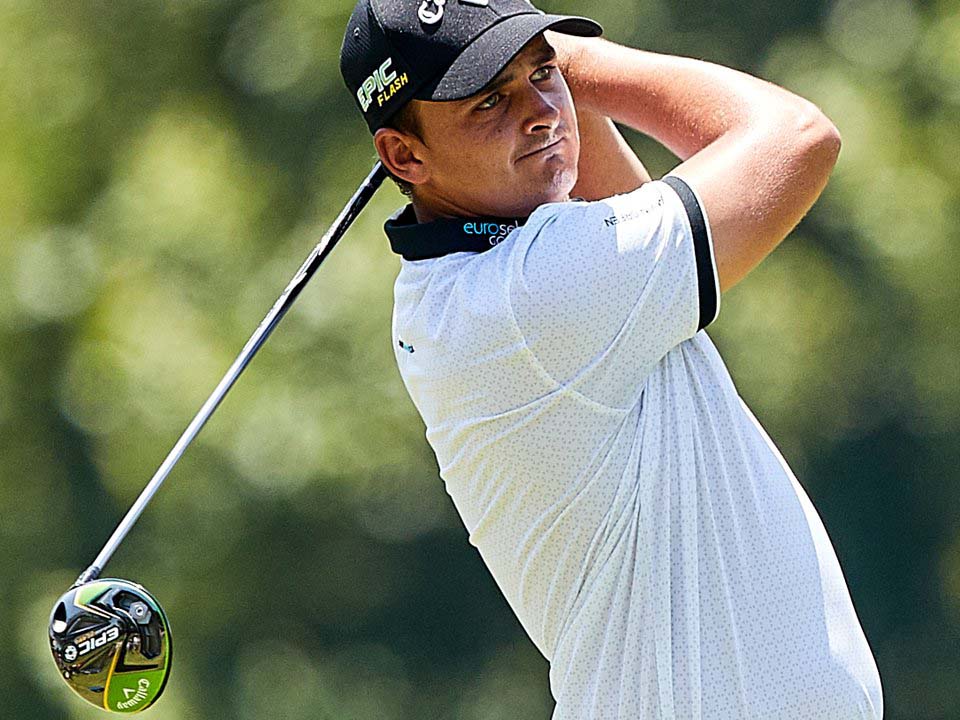 While he had a slight wobble on the final day when he saw his five shot lead hauled back to three at one stage, his victory never really looked in doubt.

His closing 71 saw him finish at 10 under par and means he now has a place in the Open along with Frenchman Mike Lorenzo-Vera and Spaniard Adri Arnaus who were part of a five-way tie for second.

It also meant he became only the third winner of the event after Graeme McDowell (2010), and tournament host Sergio Garcia (2011, 2017, 2018).
Bezuidenhout now moves into the top 10 of the Race to Dubai Rankings after two other top three finishes this season.

Bezuidenhout said: “I was relieved, it was a long day. I went through a struggle in the middle of the round, three bogies in a row. I thought, I can’t let it slip. My caddie kept me in the moment nicely and the par save on the eighth hole was crucial. It just got the momentum going that I had lost a bit.

“To bounce back with three birdies in a row after that was nice and it settled the nerves a bit. To come out with a win today is special.
“My family have kept me humble throughout my career, they’ve supported me and thanks to them. I’m here because of them, it’s so special.”

“It’s been a dream since I started playing golf to play in a Major Championship, and to play The Open, which is my favourite Major, just makes it even more special.”
Adri Arnaus commented: “It was an honour to play two days in a row with Sergio in such as iconic place as Valderrama. Yesterday I started a bit nervous, but I calmed down after four holes and I started to enjoy it, and we got along so well.

“Today was more like being on my own, and I was able to do it on that back nine, so I’m really pleased. I was trying to put a score out there as low as I could, but I saw that he’s playing so well it would be tough to put a little pressure on him, so I just tried to focus on me.

“All week the place in The Open is what I came here for. It’s just an incredible feeling to come out here on home soil, play well, and get one of those spots.”
Sergio García commented: “It was a very solid week. You’ve got to be realistic, I feel like I played probably the best I played all year, but I made two putts all week which didn’t help.

Taking that into account, finishing sixth shows how well I hit the ball. That’s very positive, and that’s what I’m taking.
“It’s been a great tournament for my foundation, and it’s been fun. Every year we seem to be coming up with things to raise more money and that’s nice. Just to be able to help some people is very fulfilling and a great feeling to have.”