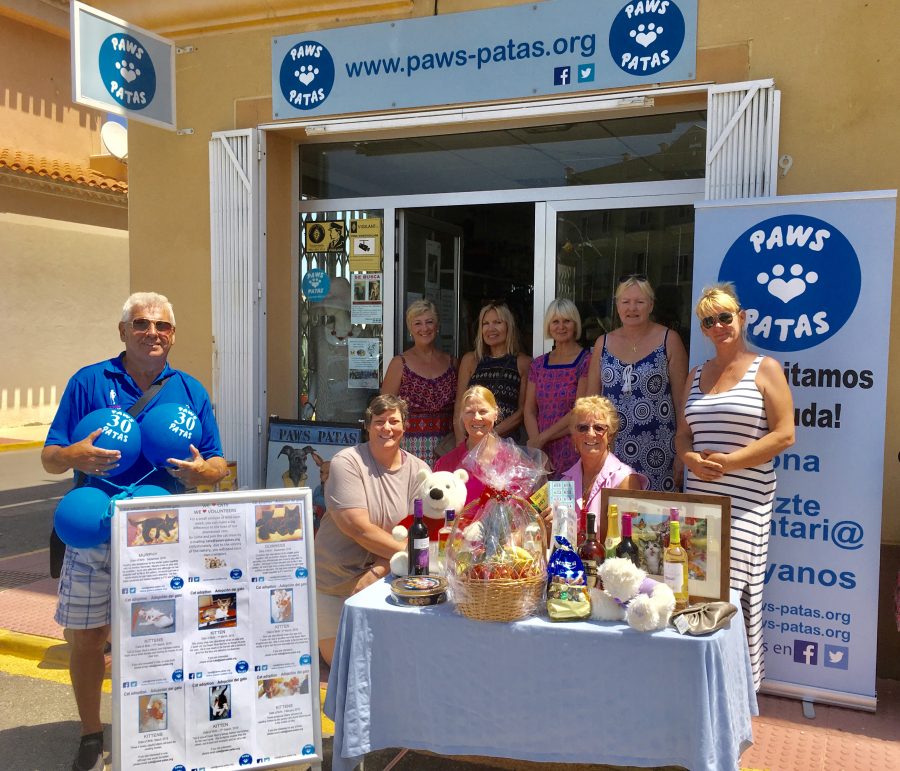 PAWS-PATAS is seeking the support of local authorities for its feral cat neutering campaign.
“We could save thousands of cats from suffering and endless unwanted kittens being born into disease and starvation”, according to the animal charity’s Chrissie Cremore.
“We have a large UK charity prepared to send vets and nurses over for a period of two weeks, possibly four times per year”, Chrissie told the Euro Weekly News.
“Each visit could neuter 300 cats, and in time the TNR (trapping, neutering and returning) campaign could cover a 100 mile radius around Mojacar. We have the premises and a local vet interested in heading this project. What we desperately need now is the support of town halls and the Spanish College of Veterinary Surgeons”, Chrissie explained.
PAWS-PATAS President Jacqueline Morris plans to visit local councils and explain what the charity wants in a bid to get their backing for the neutering campaign.
Jacqueline was just recently appointed PAWS-PATAS president, and takes over from Karen Polansky, who has stood down after 30 years’ service to the animal charity.
Jacqueline told EWN, “The biggest hurdle or impediment is gaining permissions from the Spanish College of Veterinary Surgeons in Almería.
“We understand that they obviously need to protect their clients, our local vets, but we need to put an acceptable plan before them which shows that such a project will not affect local vets, but will enhance the environment. This is where PAWS-PATAS need support and leverage.”
PAWS-PATAS volunteers are constantly trying to raise awareness and funds to promote TNR. A recent kitten and cake morning raised €230, which will fund neutering three females.
“But this is simply skimming the surface”, Chrissie stresses.
“Local communities continually ask PAWS-PATAS to help with feral colonies, but we simply do not have enough funds to assist.”
Chrissie said help with the charity’s cattery is always needed. Apart from adoption, fostering is vital as the cattery is “inundated”, Chrissie reports.
Quality food and toys can be left at one of the PAWS-PATAS fundraising outlets. However, due to a recent outbreak of panleukopenia, the cattery is currently closed while volunteers sterilise all the cages and grounds wearing protective clothing: an extremely tough job in the summer heat.
For further information see www.paws-patas.org or email: [email protected]