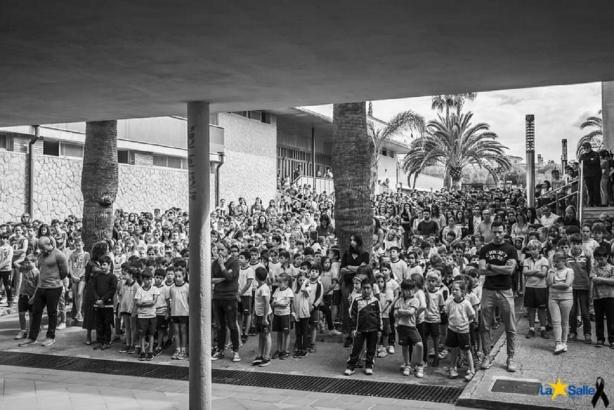 LAB tests have confirmed that a four-year-old girl who died in May at La Salle School in Palma was killed by an allergic reaction to the ice cream she had for dessert.
An analysis of blood samples revealed that she suffered anaphylactic shock due to eating cow’s milk proteins.
Now there is the possibility of charges of reckless homicide being put against two workers in the school’s canteen who are said to have been aware of the child’s allergy.
Although the death of the child was linked to this allergy from the outset, a post mortem examination was not decisive in finding the cause of death.
The Institute of Legal Medicine of Palma sent several blood samples to the Biochemistry Service of the National Institute of Toxicology and Forensic Sciences.
The report that has come back is clear. It points out that the results are compatible with anaphylactic shock, a severe allergic reaction. The levels of tryptase, one of the most reliable indicators to detect anaphylaxis, are well above the normal range, say specialists.
In addition, a very high concentration of antibodies generated by the immune system to try to protect itself from cow’s milk proteins was discovered. The results are already in the hands of the court of instruction number seven of Palma, which is in charge of the investigations.
The Homicide group of the National Police are investigating a ‘double negligence’ by school staff.
They have taken statements from a monitor and a serving lady as to why the girl was given the ice cream, which was labelled as lactose free.
Investigators also question the medical attention she received in the first moments and want to clarify why she was not injected with adrenaline, as is prescribed in cases of severe allergic reactions. The attending emergency doctor may also face negligent homicide charges for this failure.
The events occurred on May 24. The child felt unwell after eating ice cream in the school canteen and died a few minutes later.