Holiday chaos on the cards as Heathrow airport strikes threatened 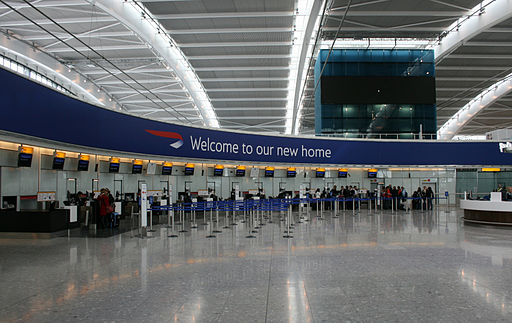 A SERIES of one day strikes are threatened by more than 4,000 staff at Heathrow airport this summer.

Unite trade union is planning the action for July 27 and 27, August 5 and 6 and August 23 and 24.  Security guards, engineers and passenger service workers are amongst those set to walk out, with Unite saying the move could potentially shut down the airport.

It would mean days of chaos for holidaymakers at the busiest time of year for the airport.

The strike threat comes after workers voted for industrial action in eight separate ballots. They rejected an 18 month pay offer of a 2.7 per cent rise, and also want pay disparities between airport workers to be closed.

The management offer is £3.75 extra a day for the lowest paid workers involved in the dispute, according to the union.

But Heathrow management says that the total pay offer on the table is above inflation and is specifically designed to “to boost the wages of lower paid colleagues.”

In a statement management said: “We are disappointed that Unite will be taking strike action. Following this decision, we will be implementing contingency plans that will ensure the airport remains open and operating safely throughout any coordinated action.

“We will be working alongside our airline partners to minimise disruption caused to passengers as they look towards their well-deserved summer holidays.”

Unite regional coordinating officer Wayne King said: “There is deepening anger over pay among workers who are essential to the smooth running of Heathrow Airport.

“They are fed up of being expected to accept crumbs while the chief executive pockets an eye popping 103 per cent rise in his pay package and shareholders are handed dividends of over £2 billion in the last two years alone.

“To add insult to injury there are widening pay disparities leading to airport security guards employed after 2014 earning up to £6,000 less than colleagues hired before that date.

“Bosses at Heathrow Airport need to get their heads out of the sand and start negotiating meaningfully over pay. Otherwise there will be significant disruption to flights to and from Heathrow and the potential closure of the airport over the summer months because of industrial action.”