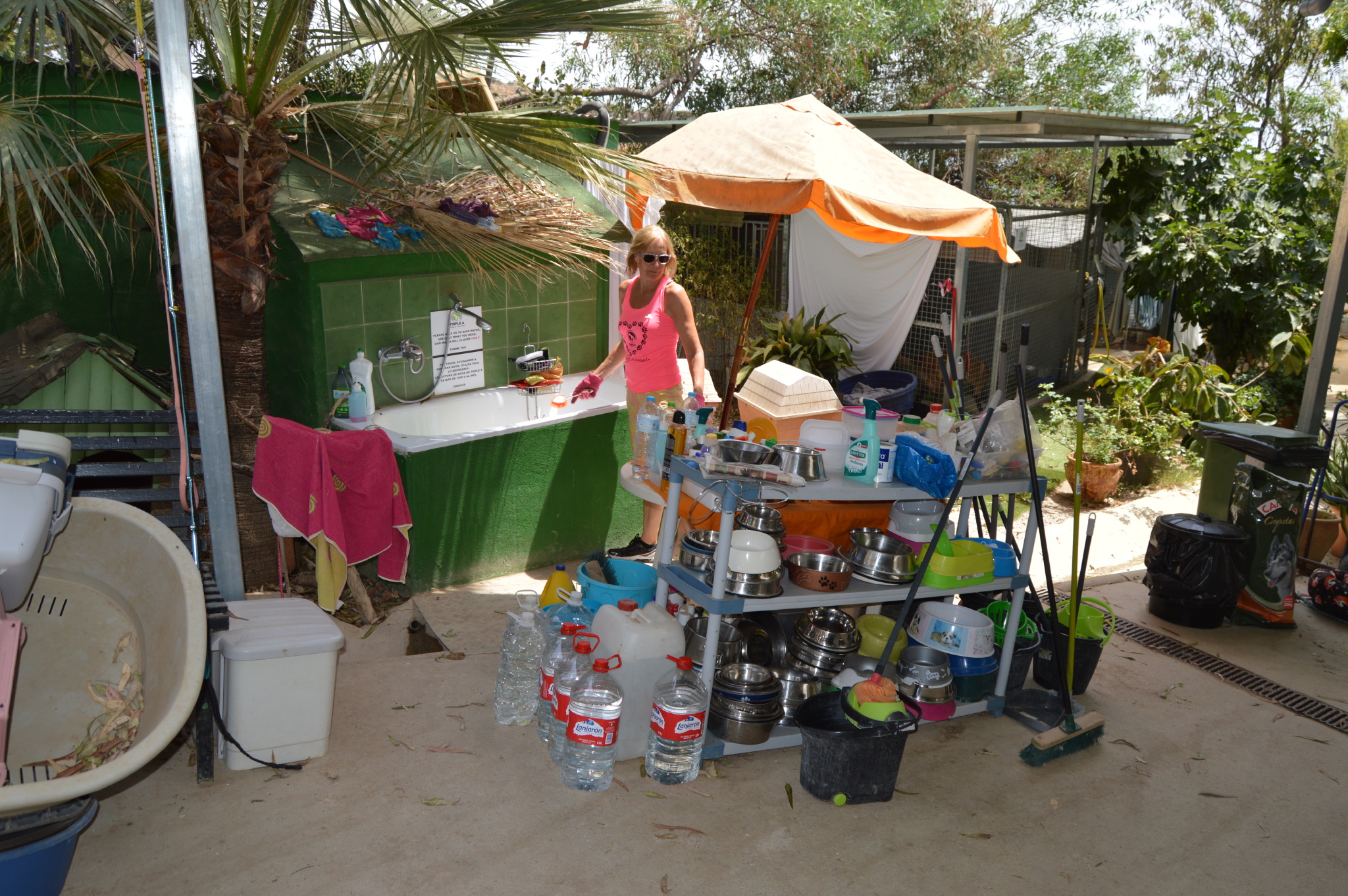 Caption: TRIPLE A: So many dogs means that every bit of space is filled Credit: EWN Media Group

THE finances of Marbella’s only home for abandoned cats and dogs are in such dire straits that it may have to close its doors to new animals.

So important is the work that it does for the community that the mayor of Marbella Ángeles Muñoz paid a fact finding visit to the compound today (Friday July 19) to discuss the needs of the charity and to see if the council could help in any way.

Whilst she considers the situation, money is bleeding out of the charity, not due to any mismanagement but because the number of abandoned animals has increased dramatically this year and costs keep rising ahead of income.

Lily Van Tongeren, one of the team of dedicated helpers, told EWN ”We are not a bunch of do- gooders looking for a pat on the back, we are simply people who care not only for the animals but for the community at large!”

Imagine the 400 plus dogs and 300 plus cats wandering the streets and suburbs of Marbella if they weren’t being cared for as they are now and consider how many animals that would become in a short period time if they weren’t sterilized.

The simple fact is that it cost €80,000 in the first six months to just cover food, veterinary care and some wages for those who work on a full time basis for minimum wage.

There has to be a full time night guard who is there to clear up mess, stop dogs that might be fighting, give medication to those who need it and amazingly to stop crooks from breaking in.

Everything costs and this is one animal charity that has never closed its doors to a single stray nor does it put any healthy animal down but continues to feed, house and look after any cat or dog that has found its way to the centre.

Volunteers are great but they don’t have to turn up and although there are some really dedicated people who don’t mind cleaning the poo, feeding the animals, washing and taking them for a walk, it’s not a glamorous way of spending a day.

Believe it or not, there is no piped water a Triple A and everything has to be brought in and stored in an enormous reservoir and that costs money as well.

Lily would love three things happen immediately so that they don’t have to close their doors to new animals (up to 1,000 dogs a year) and that is;

Advice from perhaps retired professional people on the management structure and to help implement more efficient ways of doing things.

Visit https://tripleamarbella.org to find out more and see how you can help.